The national and local government units have been very active in keeping traffic flow as smooth as possible. To help the situation, Pasig has reminded the public about the city’s tire clamping ordinance. Having been in effect since 2016, the advisory covers the areas, fines, and penalties for those who may be caught violating the law. 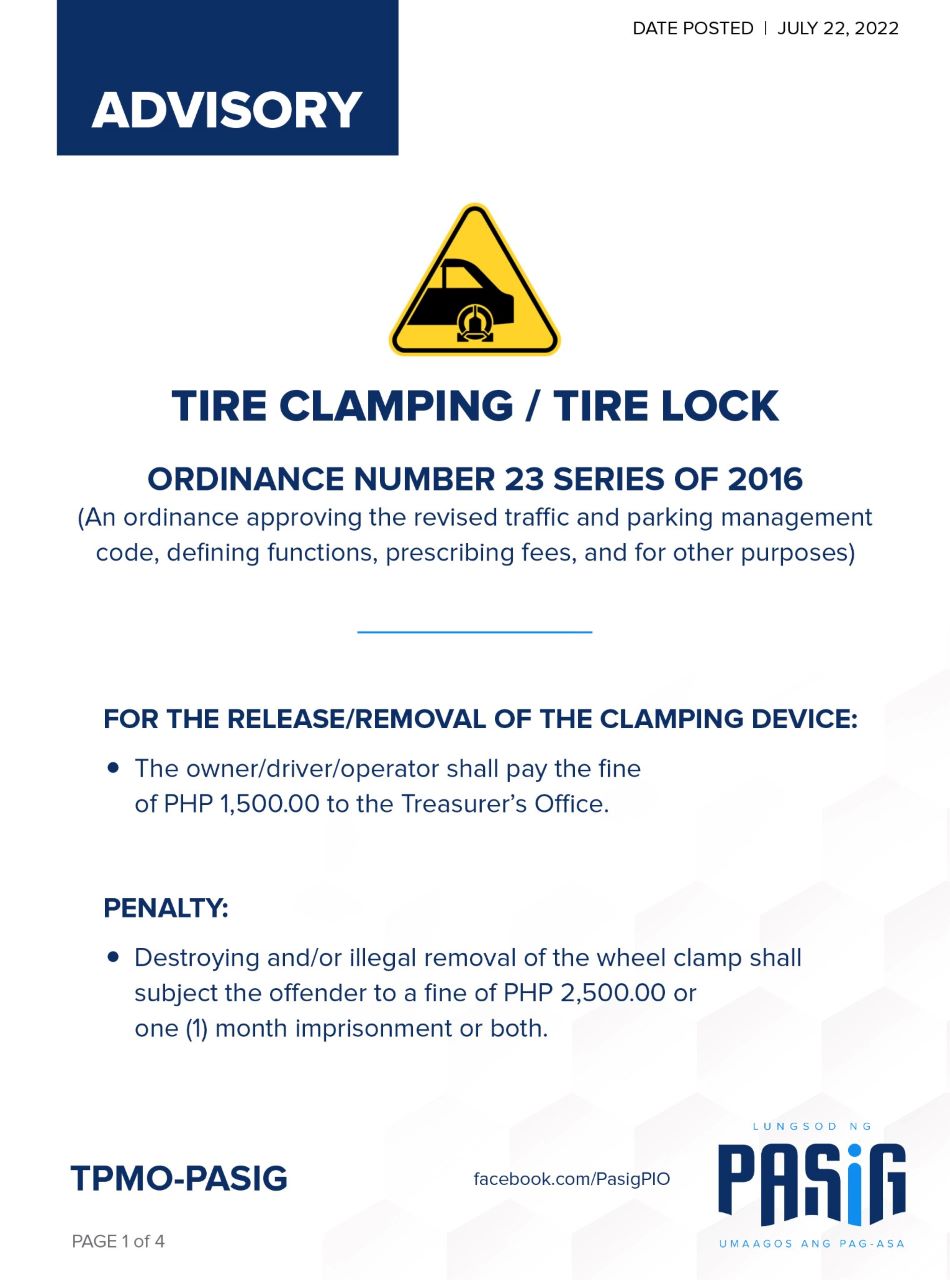 LGUs have been empowered to enforce their own rules and regulations including those that involve traffic and vehicle use. In this particular instance, Pasig City Ordinance No. 23 Series of 2016 is “An ordinance approving the revised traffic and parking management code, defining functions, prescribing fees, and other purposes.” Simply put, tire clamping of illegally parked vehicles is enforced in many areas of the city.

Those apprehended will have to pay a fine of PHP 1,500.00 for the removal of the tire clamp and the vehicle’s release. Payment can only be made at the city’s Treasurer’s Office. For the more foolhardy who try to dismantle and take the clamps off themselves, they will be slapped with a PHP 2,500.00 fine and/or imprisonment for one month. Don’t try it, folks.

As for the list of streets that cannot be parked on and are tow away/tire clamping zones, the list is extensive. A total of 101 streets have been listed, and you’ll find each of them below: 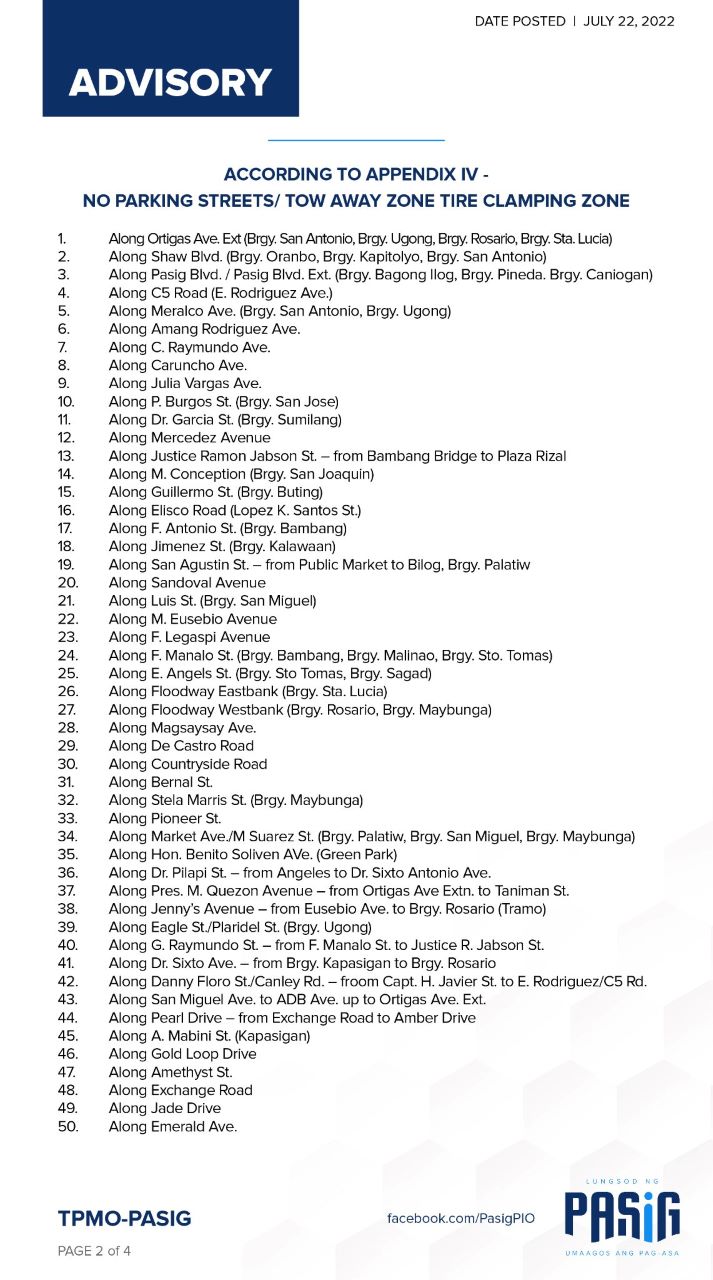 That’s a lot to digest but in a nutshell, arteries inside the Pasig Business District and main roads inside the city proper are no parking and tow away/clamping zones. We can expect LGU law enforcement units to enforce this policy. Along with the MMDA‘s efforts around the Metro, we have to laud their efforts. From Coding to road clearing operations and yes, even tire clamping, these are all methods to instill one thing: discipline. It’s its lack or absence thereof is a bane for motorists and law enforcement alike, and ignorance of the law does not make one exempted from it.

So here we go, a fair warning and reminder for all of us who might frequent Pasig. Stay safe, and park legally folks!

Here is the rerouting scheme for the upcoming SONA on July 25, 2022