December last year saw the beginning of rehabilitation and repair works for both the C5-Ortigas and C5-Pasig Boulevard flyovers. Originally, it was slated to be completed by December 30, 2022. Alas, the DPWH has come out with an advisory that the deadline was not met and that portions of both flyovers will still be unpassable to traffic. Per the government agency’s advisory, they simply stated that the times for the repairs will still be from 10:00 PM – 5:00 AM daily. They also gave some reassurance that “Once completed, the rehabilitation will ensure the safety of motorists traversing the flyovers.”

Last year, some damage was seen on the expansion joints of both structures which prompted the DPWH to get ahead of it before it worsens. 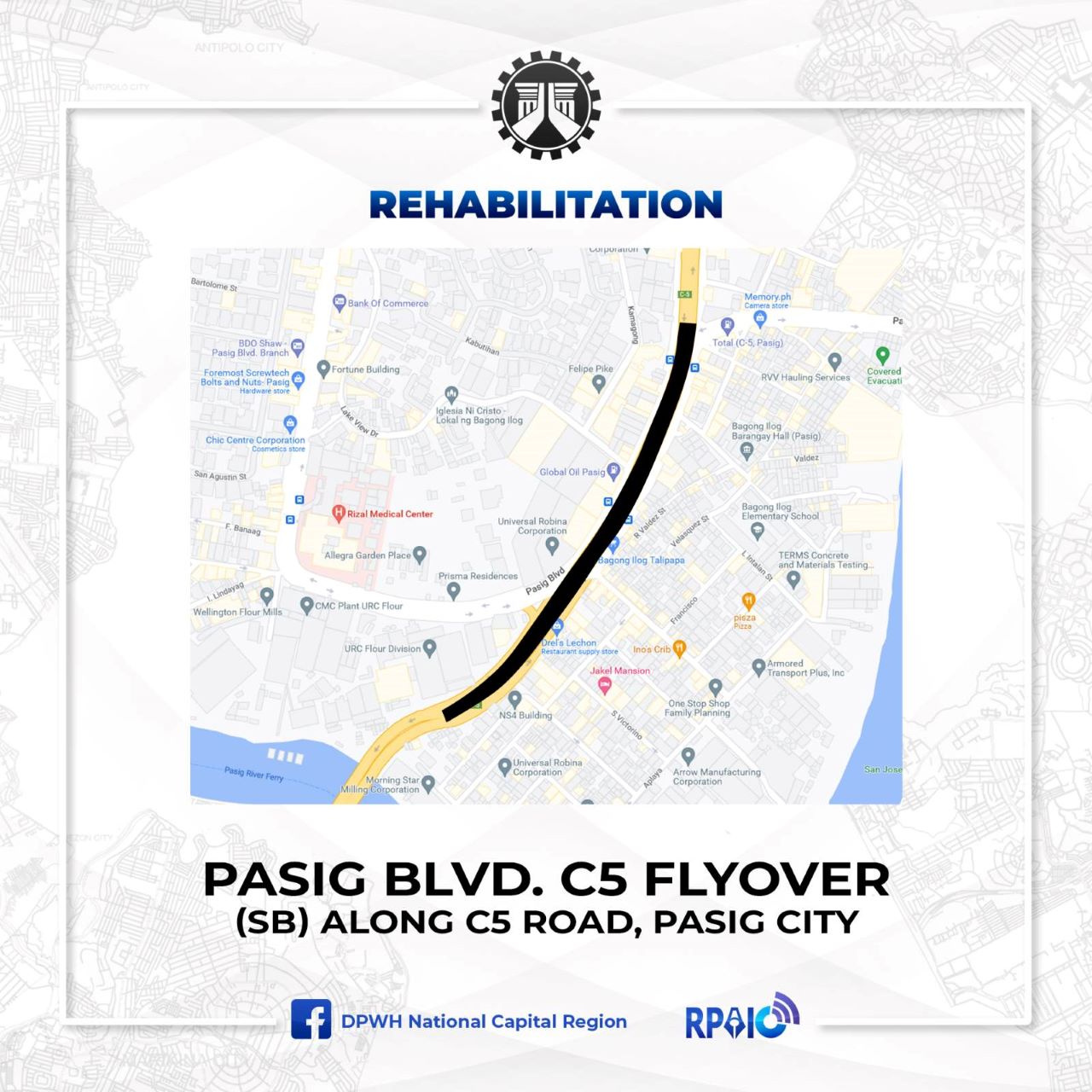 For reference, the affected stretch along the C5-Pasig Boulevard flyover can be seen above. 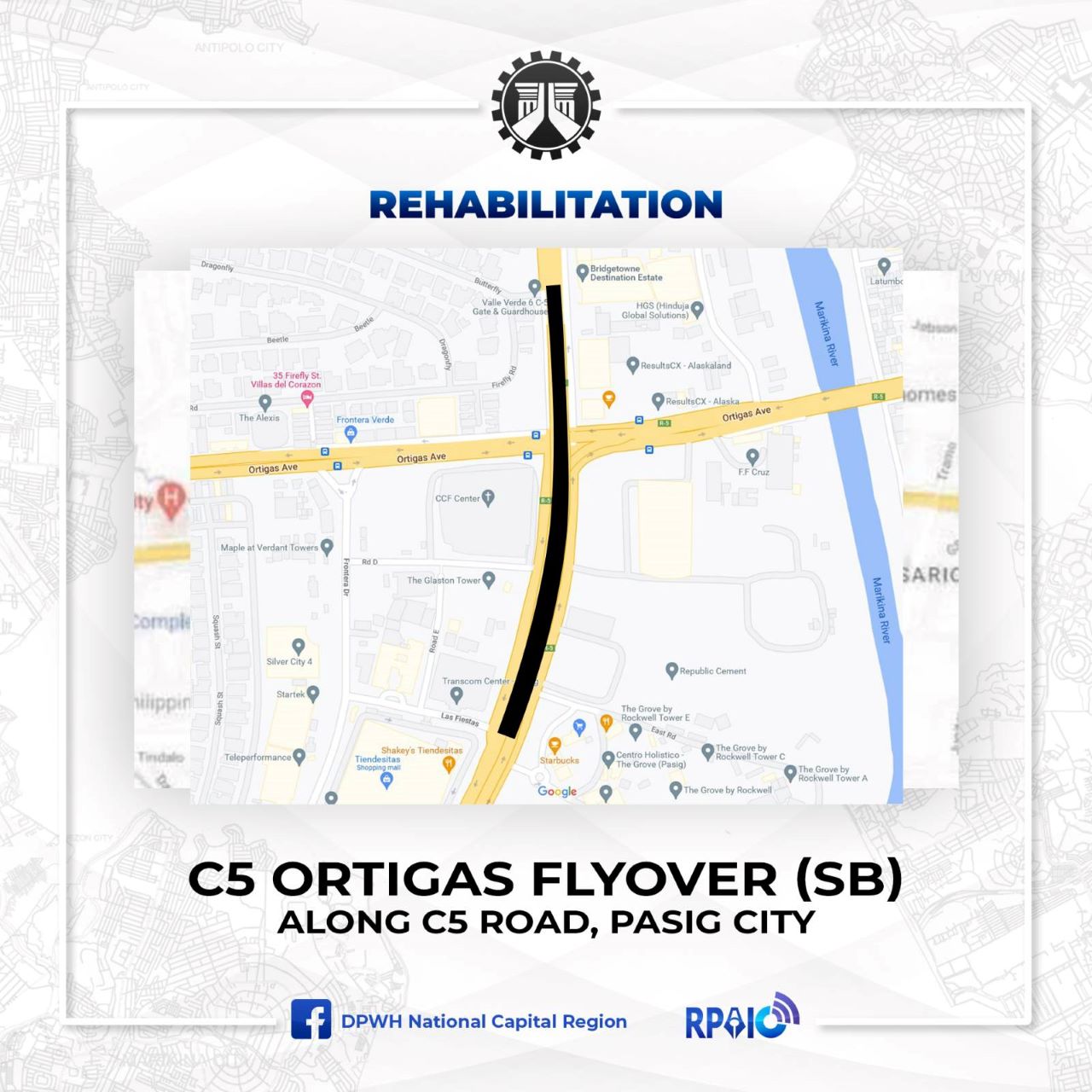 As for the closed-off portions of the C5-Ortigas flyover, you can reference the photo above.

PHP 12.9M will be allocated to repair 37.25 meters of five expansion joints of the C5-Ortigas, while repairs to the 52.50-meter stretch of C5-Pasig Boulevard’s seven expansion joints will require PHP 18.7M.

The DPWH‘s advisory likewise advised the public to “Take caution and bring extra patience on the road!”. Yes, indeed, it looks like this may be the best reminder they could give. In the interest of public safety, let’s just be thankful that they caught the damage in time before anything worse could have happened.