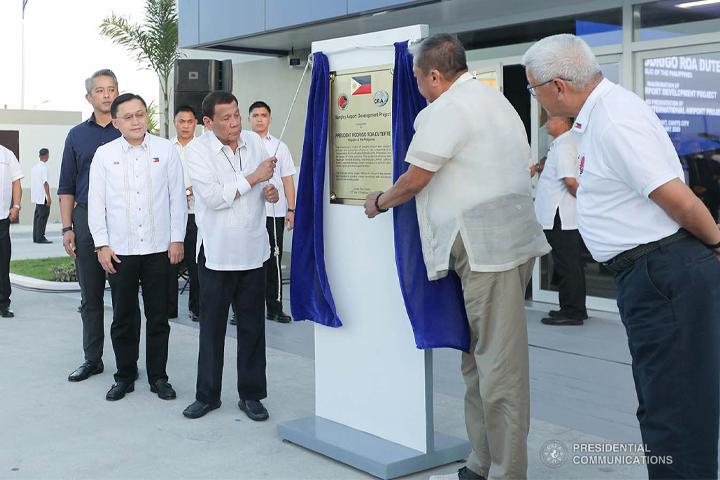 The PHP486 million project was built to help decongest the Ninoy Aquino International Airport (NAIA). As of last Saturday, the Sangley Airport is now 100% operational and can cater to turbo-prop commercial cargo aircraft. The terminal can accommodate up to 160 passengers, equipped with Flight Information Display System (FIDS), Closed Circuit Television (CCTV), x-ray, and baggage handling & weight conveyor. The runway was also upgraded to have a precision approach path indicator (PAPI) and an air-ground lighting system.

President Duterte also applauded Transportation Secretary Arthur Tugade for completing the SADP, describing him as “Competent and bright.” The supposed completion of the Sangley Airport was originally set in March 2020 but was completed in November last year.

During the inauguration, President Duterte also stated that he would not allow land reclamations by the private sector during his term. “Not during my time. I will only allow maybe plans of whatever reclamation if it is in connection with the government project. I will not allow massive reclamation for the private sector. Not now. Because if you approve one, you approve all,” President Duterte stated during his speech.

This year, the Department of Transportation has allocated an additional PHP 500 million to improve the airport’s drainage system and prevent flooding.

You can read the PCOO’s full statement here.