Home - Opinion - Being “Car-Centric” is, for the most part, everyone’s fault
Opinion

Being “Car-Centric” is, for the most part, everyone’s fault

Car-centric: roughly defined, it is a method of urban planning that focuses mainly on private motor vehicles. It is a method that more often than not excludes the benefit (and safety!) of those who bike or walk or use public transportation. The Philippine government has come up with ways to alleviate the plight of daily public utility vehicle commuters and bicyclists who ply our roads. Yet, there is still a lot to complain about and be disappointed about.

And this is all with good reason. We truly are – still – a car-centric society that focuses more on private motor vehicles’ ease and convenience. But various government agencies do want to change this. 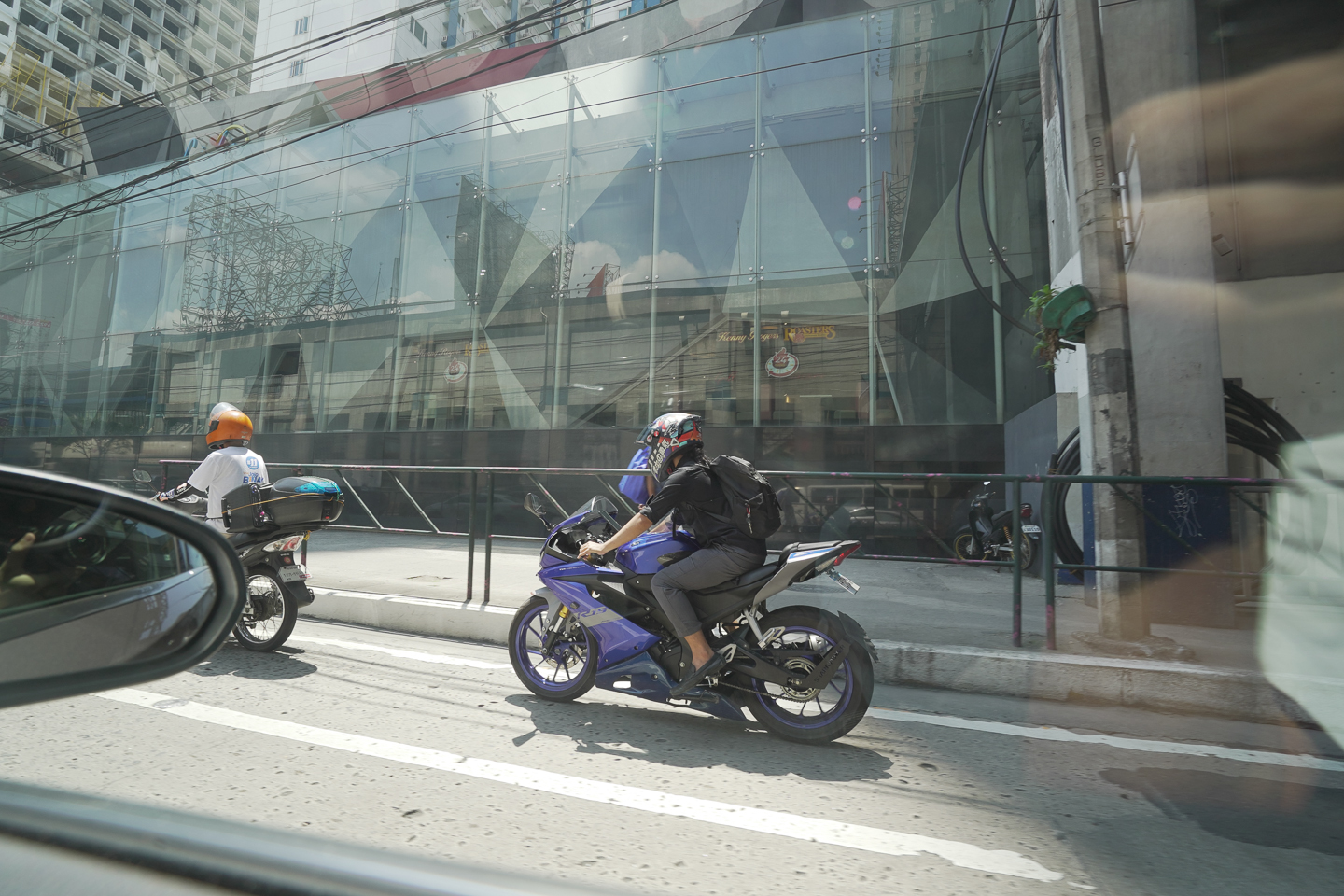 The pandemic has shown and taught us a lot about transportation. Cutting to the chase, it brought about the sudden proliferation of bicycle lanes on our roads. Sidewalk clearing operations are also being done continuously so pedestrians have a safe space to walk on. The Department of Transportation (DOTr), MMDA, various government agencies, and LGUs saw to it that safe lanes and pavements will be provided for bikers and individuals with no means of motorized transportation.

Problem? No one respects them. No, not just the bicyclists and pedestrians themselves, but the bike lanes and pavements meant for people.

Our car-centric society – and yes, we are including both four-wheeled vehicles and motorcycles in this group – had one common complaint when dedicated bike lanes effectively took up a whole lane meant for four-wheelers. “Masikip na nga ang daan, pinasikip pa lalo.” What makes this worse is that while motorcycles were given due consideration in this particular plan, having been given dedicated lanes where applicable, a lot of them complained about the same thing. That, and they still “trace the dotted lines” by straddling between two lanes, or worse, moving into the bike lanes, and worst, getting up on the pavement to avoid traffic jams.

I remember asking a colleague some years ago why motorcyclists do this. He was the Motorcycle Section Editor of a magazine, by the way. Now, while he did say that piling all motorcycles within one lane poses a great danger for them, he also admits that many of those who lane-split (and those who get on sidewalks) do so not primarily to be safe, but just to get ahead of everyone else. I see the point of the former, and I do agree with the latter. So are the dedicated lanes, per se, the actual problem? Let’s think about that.

See also  How Drive to Survive by Netflix saved F1; and why the 2022 season is a must watch

In as much as motorcyclists do this, 4-wheelers are just as guilty. If you happen to traverse Katipunan, a relatively wide road, you’ll see a lot of vehicles squeezing themselves into the motorcycle lanes, parking on the roads thus blocking both motorcycles and bikes, or parking on the pavement itself. Where else can bikers and people go? The lack of parking spaces, we can understand, but consciously riding along a lane that is meant for walking on or other means of transportation is just, well, pretty selfish. “Car-centric”.

Here’s a biker minding his or her own business and then gets cut off by, say, a pickup or a van. That’s already a danger to fellow four-wheelers, so can you imagine what goes on in the head of bicyclists when they see someone carelessly, recklessly, moving into their lane? Is it the vehicle’s fault? No, it’s the driver’s. Again, car-centric mentality, indeed.

Can major cities in the country really be less car-centric? 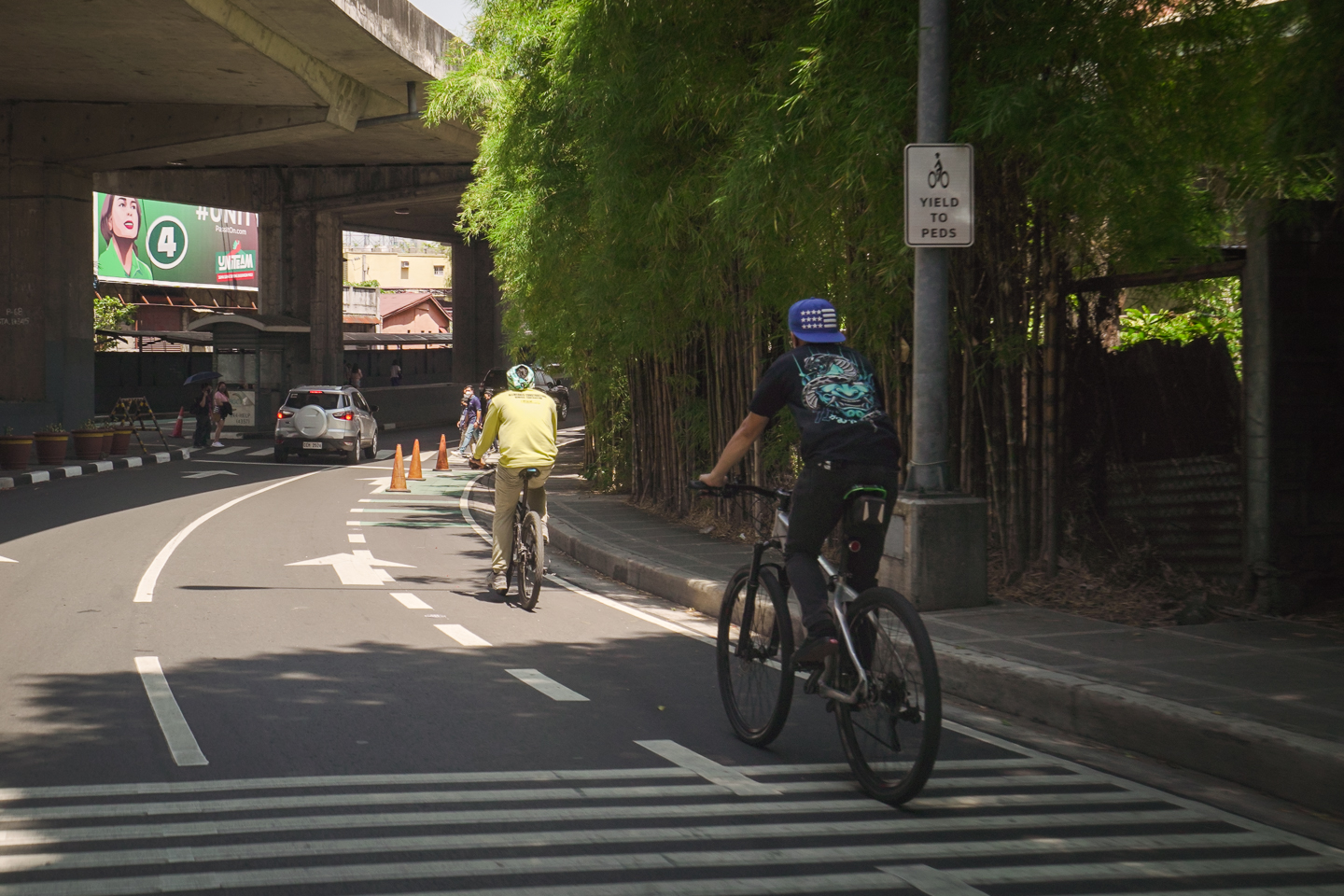 Urban planners have their work cut out for them. To be fair, there isn’t a sure-fire way for anyone to predict how many motor vehicles would have dominated our roads, but just as fair, an inkling, a foreboding, could have been seen and considered. In the time that I’ve been driving, I’ve seen the government do small and big things to reduce the heavily car-centric plan for Metro Manila such as road clearing and widening projects, sidewalk construction initiatives, and again more recently, the dedicated motorcycle and bicycle lanes. These all mean well and are appreciated of course.

But are all of these also too little, too late? For the “decent” daily driver, we know how to stick to our lanes, signal properly, respect our fellow motorists and pedestrians, and all the other “human” facets of being the wheel or handlebars of motorized vehicles. But what of those who do not?

In the 70s and 80s, both drivers and pedestrians alike were disciplined, mindful individuals. They know where to stand in line to wait for public transportation, they know to choose a lane within which to drive on, they know how to use signals, and they sure as heck know that roads are for vehicles and sidewalks are for people. But it all changed when more and more motorized vehicles started congesting our roadways.

Decades later, along with ill-prepared roadways, discipline is almost all but gone and the car-centric mentality started taking roots in the minds of the majority who own vehicles over those who take public and other means of transportation. Can we say that this is now a horrible mindset ingrained in the Filipino people? Car-centric statement: “naka-kotse o naka-motor ako, wala akong pakialam, basta mauuna ako”. Let’s not fail to mention the notorious crab-mentality that Filipinos are commonly accused of in that statement there. Car-centric, and selfish. Yes, perhaps it has come to that. So here we are. The government is doing its work, trying to set things right for everyone who needs to travel. And there are also those who, despite much resistance and their own misgivings, choose to be decent individuals and stick to what is simply right and fair for everyone, to just make way, give way, and give everyone a chance at enjoying safe passage whether on wheels or on foot.

But what more can we do to address our being car-centric?

As we said, current efforts are already being exerted. But the question is what else can we do? There was a time when Makati tried constructing (a lot of) elevated walkways. They still exist along with the pedestrian underpasses and tunnels. That’s good for foot traffic, but they can be made better by taking bicyclists in mind; lifts or inclines for the transport of bikes to be easier, yes? The city also tried making bikes free for use, but that failed. We can cite a lot of reasons, but let’s not go there.

Perhaps one of the current measures that can be greatly used to everyone’s advantage is the No-Contact Apprehension policy. Should anyone be caught violating lane spaces or parking rules and other acts that obviously favor motor vehicles over bikes and pedestrians, these should also be taken into consideration during, say, driver’s license renewals. Stiff implementation of rules and even stiffer fines could be imposed as well if only to re-calibrate motorists’ mindsets that “hey, I’m not the king of the road.”

That can easily be seen as a (or yet another) perfect avenue for corruption and kotong and ninja enforcers (remember the notorious Blue Boys?), but we cannot reiterate enough that everyone needs to get on board for any of this to even work. Everyone’s tired of waiting for change and expecting that the dirty elements will be cleaned by government agencies, but maybe, just maybe, there still is a chance here.

No plans are foolproof, none are always perfect. But if we reserve lambasting and turn to real constructive criticism and are given an avenue to hear everyone involved – government, motor vehicle drivers, motorcyclists, bikers, pedestrians – then that’s a good start to addressing our car-centric society and mentality.

Being car-centric truly is our doing. Not just the government’s, but ours as well. As a private individual, what have you done to promote everyone’s safe travels? What have you done to minimize traffic jams on our major roads? Something good to ponder on, isn’t it?

All of us are at fault. This is our fault. We, us, who are more fortunate than those who are forced to commute and bike and walk to their destination, this fault falls heavily on our shoulders. We and our inaction are of no help at all. And until we all – government and citizens – stand together with the common goal of fast, safe, efficient means of travel, then we will all remain at fault.