When you think about Mercedes-Benz sedans, the first nameplates that come to mind are the C-class, E-Class and of course the legendary S-Class. There is one more sedan in the Mercedes-Benz lineup, the baby sedan. The Mercedes-Benz A-Class, and it’s just been given an update with the A 180 AMG Line. 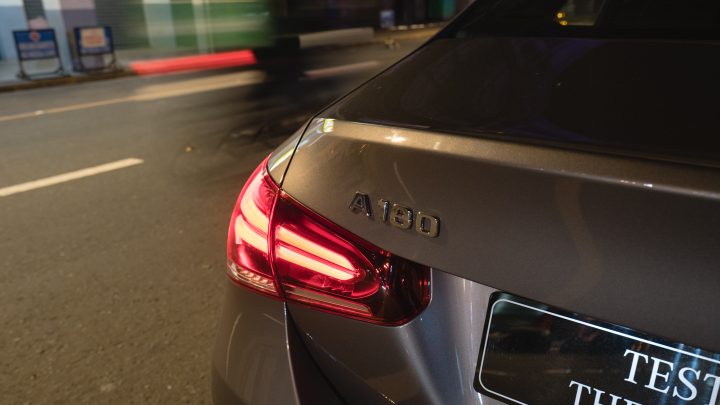 I’ll be honest and say that the pre-updated model wasn’t really something desirable. I remember thinking it looked too ordinary, and at its price point it didn’t even have LED headlights. So imagine my surprise (and delight) when I was handed the keys to the updated A 180 AMG Line. 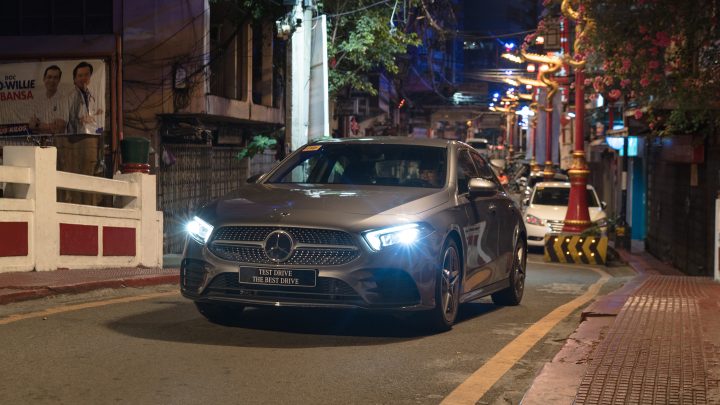 As you can probably surmise by now, the A-Class has been given the AMG treatment. Before you get excited though, keep in mind that this is an “AMG Line”, not a full-fledged AMG model. That means that this A 180 AMG Line only features aesthetic updates such as a Diamond Patterned radiator grille, chrome-plated beltline, new LED High-performance headlamps, and 18-inch AMG rims. Lastly, for me, the coolest exterior feature of the A 180 AMG Line has to be the fully functioning air vents found below the headlights that help add more downforce at high speeds. 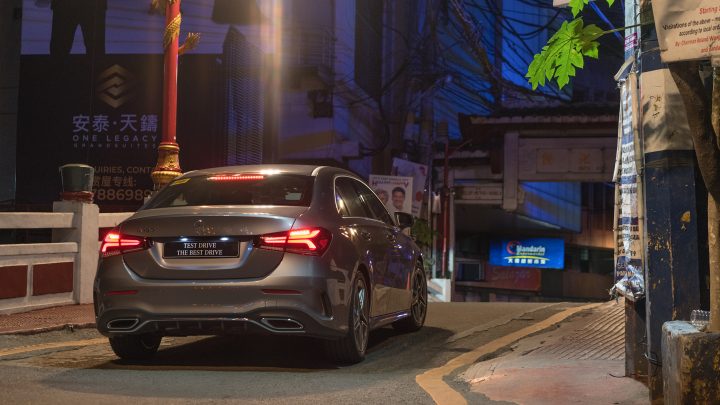 Why I really like the new look of the A 180 AMG Line is because it now closely resembles the CLA sedan. The sharp but curved angles and the sculpted lines make it stand out despite it not being a flagship sedan for the Mercedes-Benz brand. To sum up its look, it’s the perfect embodiment of sleek and modern. 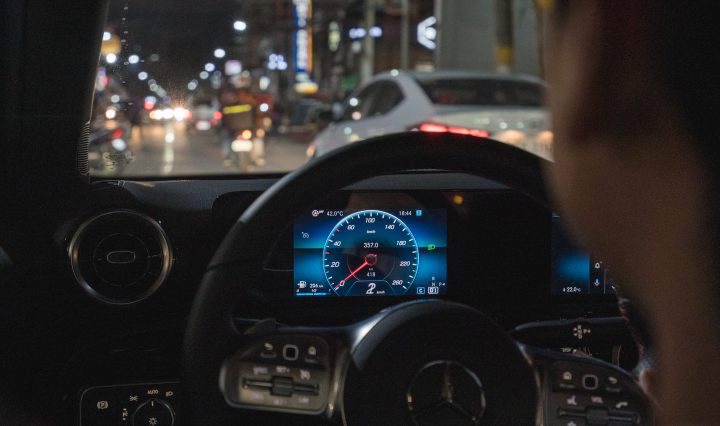 Mercedes-Benz is not a brand known to be mucking about when it comes to updates; there are no shortcuts here. Apart from the exterior, the interior also got the “AMG Line” treatment. It now has seats adorned in a blend of ARTICO leather and DINAMICA microfiber, AMG brushed stainless steel sports pedals, AMG floormats and it also now comes with an automatically adjustable driver and front passenger seats.

The digital instrument panel and infotainment screen have also been updated with the new MBUX system, which has the “Hey Mercedes” voice command function and connectivity options such as Android Auto and Apple CarPlay. Finally, the A 180 AMG Line also has contrasting red stitches on the seats and some of the interior panels, just to remind you of its “sporty” nature. 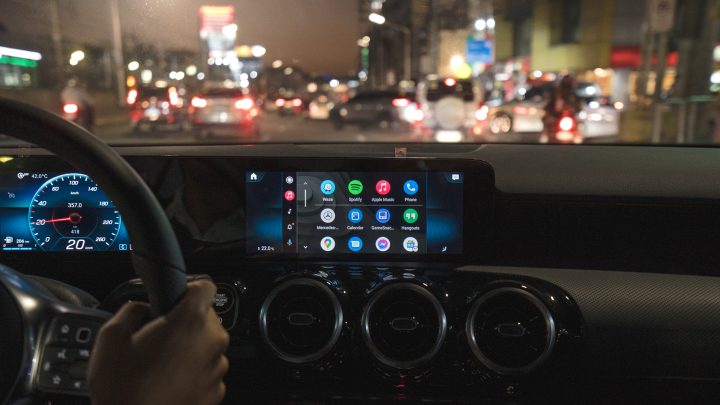 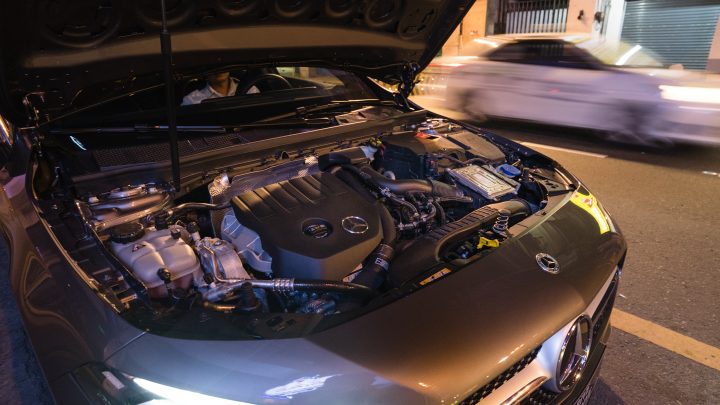 See also  Mercedes-AMG One is the 1,063Hp epitome of "Hypercars" 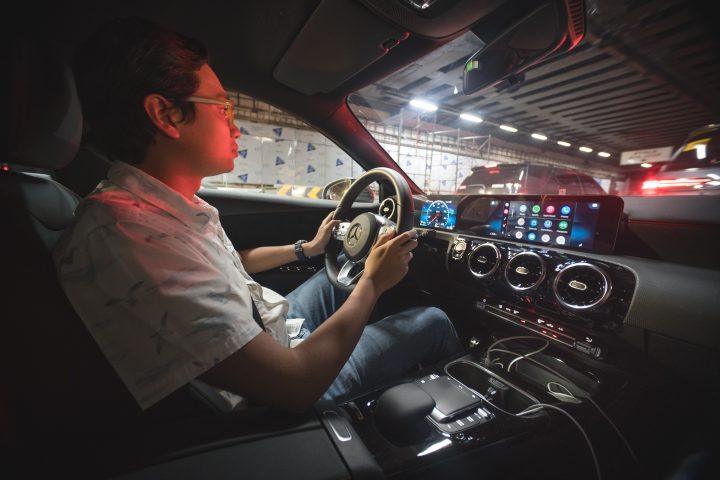 It’s a given that the A 180 AMG Line is capable of reaching the far ends of the Philippine Archipelago, but for the purpose of this review I wanted to highlight what I think is the A 180 AMG Lines party piece: its handsome looks and city maneuverability. To drive my point home, I drove the A 180 AMG Line during the dead of night to showcase its striking headlights and its sculpted curves and angles giving a sneak peek to passers-by as I cruised below the street lamps of the sleeping but iconic streets of Binondo, Manila. 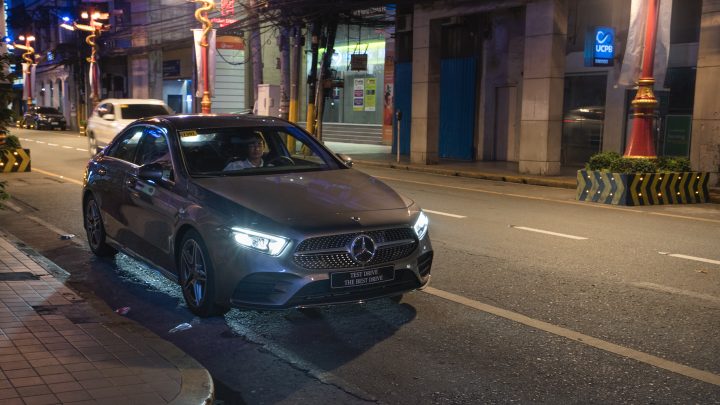 There’s something to be said about driving around at night, the calmness of roads otherwise bustling during the day is a good way to wind down your day. I commend the A 180 AMG Line’s nimbleness and maneuverability, it was a breeze to navigate the tight maze-like streets of Binondo. It also helped how silent the engine was, it made the whole “Night drive” experience almost hypnotic. 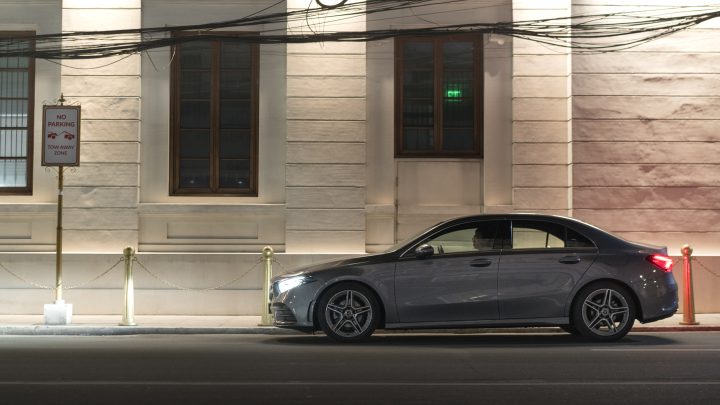 Speaking of the engine, despite its small displacement and output, it was responsive enough even in normal or eco mode, but once you toggle the drive mode to “Sport”, it turns into a whole different animal. The A 180 AMG Line becomes “tauter”, engine and transmission response is almost immediate, and last but certainly not the least, at high revs the engine note was a nice deep burble, which is actually a surprise given that it’s a stock unit and the powertrain is turbocharged.

The ride meanwhile was not its best feature, I found it to be a tad on the firmer side. Deep ruts and potholes were more pronounced, I attribute the ride to the huge 18-inch AMG wheels.

Lastly, even though I drove the A 180 AMG Line with much gusto, I was able to garner a respectable figure when it came to fuel economy. I was able to register 8.5 kilometers per liter during my three-day experience with the car. Not bad, Not great, but decent at best. 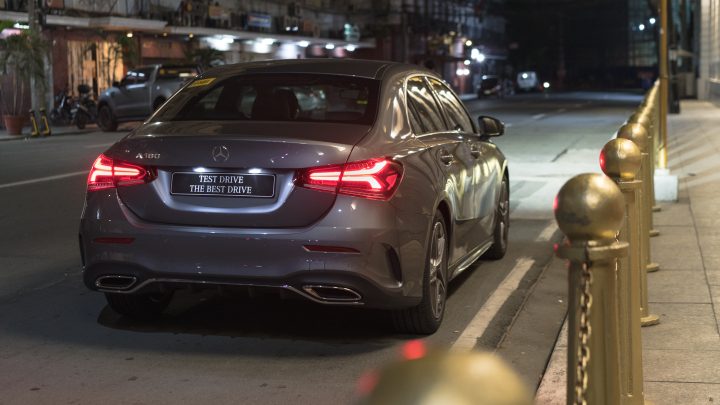 Yes, it looks the part now, and overall the A 180 AMG Line has the features and feel of its much more expensive siblings. However, at PHP 3,090,000 it isn’t exactly that affordable either. As a “gateway drug” to the Mercedes-Benz sedan life the A 180 AMG Line is more than enough to quench that thirst, but it has to be said that maybe a slightly bigger and more powerful engine would help its cause along further.

That’s just my two cents, but if you’re in the market for a slightly sporty but capable luxury sedan then the A 180 AMG line is worth a look.