The latest Toyota nameplate to get the honor of bearing a Gazoo Racing emblem is the GR Corolla. The GR emblem is a badge of honor. For any Toyota to bear it means that it embodies all the elements of style, sport, and performance that everyone expects from the brand.

Here in the Philippines, we have our own share of “Gazoo’fied” Toyotas, but most of them are of the Sport variant and not exactly full-fledged Gazoo Racing – GR for short – models. We even came out with a list of all of them here, and this model that we’ll be looking at is something we definitely want here in the Philippines.

The chances of us getting it are slim to none, but just in case Toyota Motor Philippines is reading, here are some things we agree on, and why we also believe that the PH deserves a shot at this hot hatch Corolla. 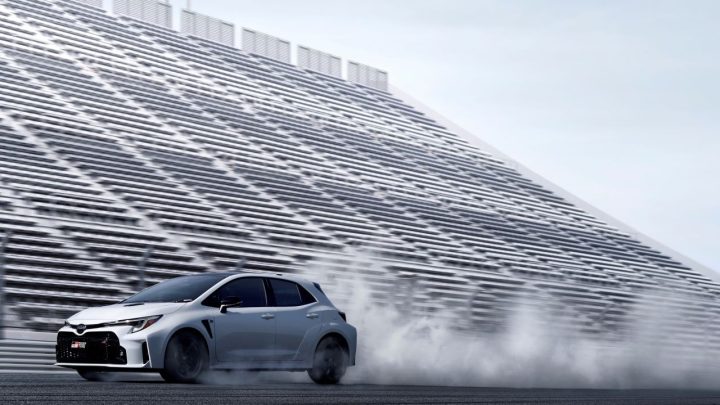 If there’s anyone who’s the strongest critic of any product, it has to be the company owner. If there’s any reason as to why the GR Corolla came out this good is because Akio Toyoda himself had everything approved.

And no, we’re not talking about Toyoda-San signing off on a checklist. Being a master driver himself and with his racing monicker Morizo on, thorough and careful guidance was given to make sure that the Corolla gets everything it needed to excel as a hot hatch. With its roots deep in rally racing, Morizo himself gave his input and tested and refined every single aspect of the GR Corolla to ensure its high level of performance.

See also  Things To Consider Before Buying Your First Car

If it’s good enough for a legit race driver and motorsport enthusiast, then it has to be that good. Yes, we take Toyoda-San’s word for it.

Not one but two GR Corolla variants 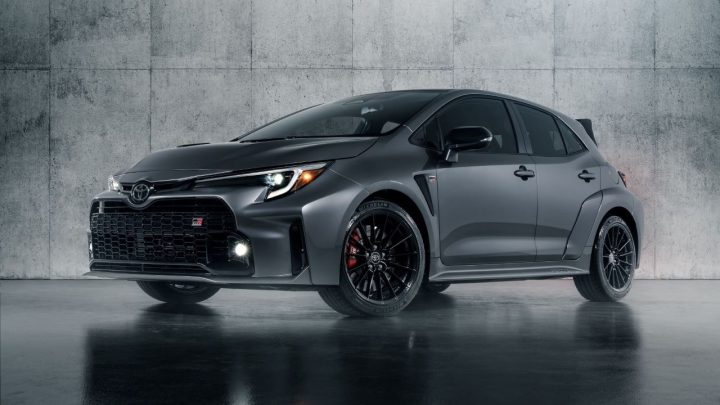 What’s better than having one GR Corolla model? It’s having two! As we said, bearing the badge already means that it already has all that it needs to be race-ready. But Toyota saw fit to cater to both the casual and the hardcore fans of the Corolla.

For those who want the track beast, the Circuit Edition is perfect. With the radical kit comes a forged carbon-fiber roof, a vented hood, a rear wing, and an exclusive Morizo-signed shift knob. It also sports the wide fenders flares, plus the stamped GR-FOUR on the side rockers. Those who want it will have to be quick, though, because it comes out only on a limited run through 2023. 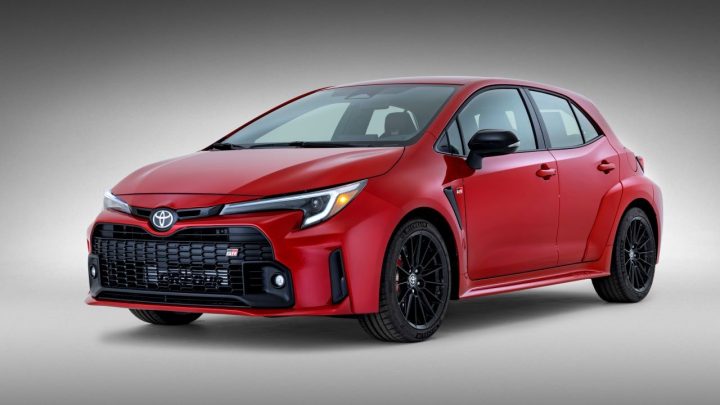 For those who want a subdued but no less of a monster performer, there’s the Core Grade Corolla. Sans the kit, it features the same wide body flares and GR-FOUR stamping. It also gets a color-keyed roof plus a black rear lip spoiler. And since it’s not as radically slammed, it can seat five on its GR-labeled fabric sports seats. 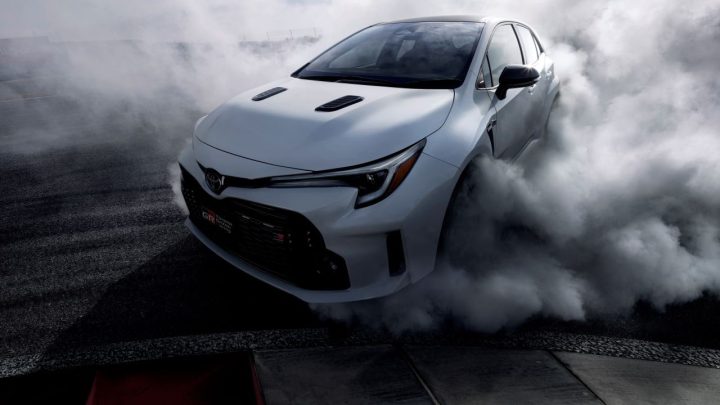 You know that adage, right? Both inside and out, under the hood and beneath the shell, the GR Corolla is a looker and a performer.

As a hatchback with a wide body, its stance is that of a strong and capable machine. Along with the massive and functional matrix grill flanked by air inlets on either side, your entrance will be both stylish and grand. The wide track, the rear wing, and its lowered ride height round up all the aggressive looks you need from a hot hatch.

Sitting under the bonnet is a lightweight 3-cylinder engine. With its small displacement, you have yourself a handsome city slicker, but given enough throttle, your docile hatchback transforms into a 300 HP beast. It’s up to you how to rein that power, or when you want to unleash it for maximum driving pleasure. The choice is yours.

Power + AWD with the GR Corolla 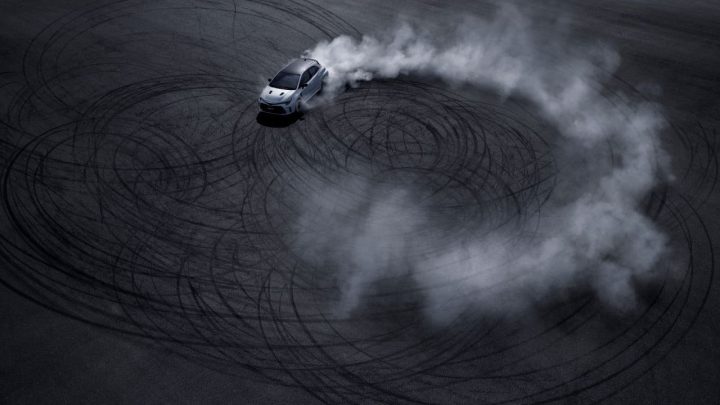 With all that power comes technology to make the most out of every straight, and more importantly, every corner. The G16-E is mated with Toyota’s GR-FOUR AWD system to make sure that you control all those horses for maximum effect.

Exclusively coming out of the factory with a manual transmission, the drivetrain gives the driver 60-40, 50-50, or 30-70 power distribution to the front and rear wheels. Whatever your fancy is – neat, max grip, or radical drift – you can do it with the GR Corolla.

Upping the performance even more is the AWD system’s Sport mode. With it, the Corolla gets exceptional levels of traction and control. If it’s for performance in the dirt, rain, and even snow, the GR-FOUR system has you covered. Every terrain is easy to conquer. And with another twist of the dial, you can further choose how your Corolla performs depending on your needs. Whether for the streets or the track, there’s a mode that can balance your torque automatically in response to your throttle input, the vehicle’s behavior, and the road conditions.

Power is paramount, and you can harness it with the GR Corolla. 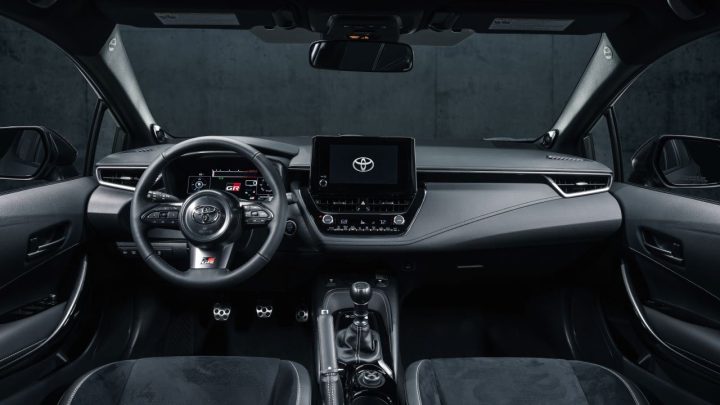 Of course, not every day is for racing. Some days, you just want to relax and enjoy a stately cruise in your GR Corolla. With its multimedia amenities, you definitely can.

Both Corolla hatchback variants come with the Toyota Audio Multimedia System. It features an 8-inch touchscreen that offers an improved user experience and a plethora of enhanced connectivity and convenience features. You can even interact with it by simply calling out “Hey Toyota”. This is made possible by Intelligent Assist that’s available through a Drive Connect subscription. With it, you can ask for directions, adjust the audio, change the interior’s cabin temperature, and a lot more.

Unparalleled safety with the GR Corolla 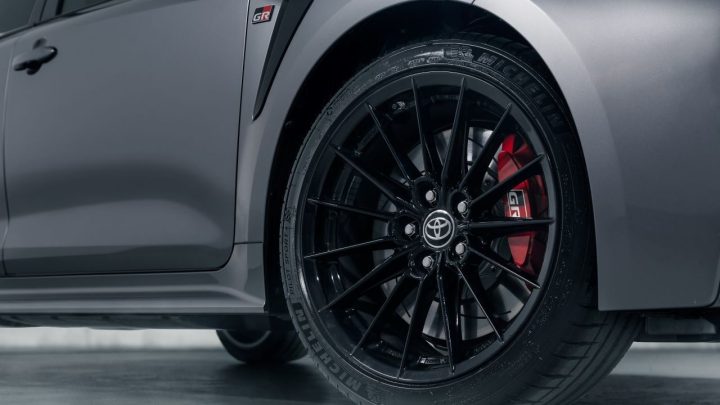 If power is paramount, safety is a definite priority. The GR Corolla comes standard with Toyota Safety Sense (TSS) which comes with enhanced system sensors for improved detection capability.

As part of the safety suite, there is a pre-collision system with pedestrian detection. This system can also detect bicyclists, motorcyclists, and even guardrails in certain conditions. Other inclusions in the TSS 3.0 system include blind-spot monitoring, lane departure alert with steering assist, lane tracing assist, rear cross-traffic alert, and a whole lot more.

Toyota covered all its bases and you can be sure to drive with peace of mind in your GR Corolla. 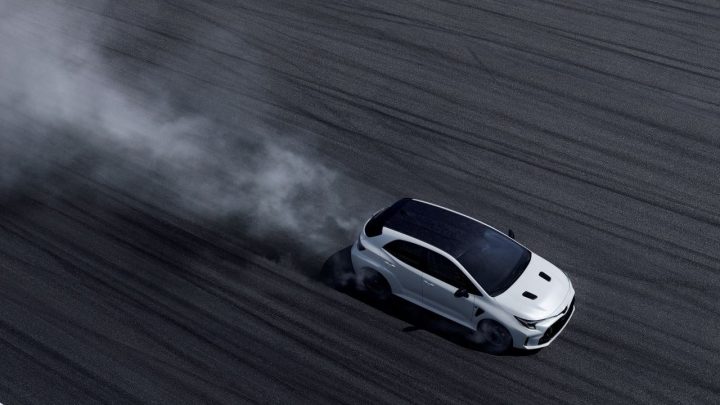 Toyota has always been a household name, and since its introduction, the Corolla has been a staple for so many Filipino families. As it has evolved into both an economical family sedan, it has likewise grown into a full-fledged race car capable of pumping anyone’s adrenaline beyond the 9’s.

Its smaller sister, the GR Yaris, has already found its niche in the country, and we see no reason why the bigger Corolla cannot; or will not.

We know, see, and appreciate all that the engineers and Toyoda-San himself did here, Toyota Motor Philippines. And we really, really like every bit of what’s been poured into the GR Corolla. Will you listen to the clamor to bring it in? We hope so. After all, there’s always room to make what’s Good betteR.