Those who live in the Commonwealth area know just how bad traffic has become since the start of face-to-face schooling. Alongside Coding, the addition of a Zipper Lane along the roadway was seen as a means to decongest traffic. While we don’t have exact figures as to its effectiveness, both the MMDA and the Quezon City LGU have decided to lengthen the Zipper Lane by adding new entry and exit points nonetheless.

The Zipper Lane is basically the closure of one or two lanes in the opposite direction; it allows vehicles to counterflow out of congested roadways and go back onto the proper side of the road by using makeshift exits along the center island. Because of the bottlenecks at the Tandang Sora and Don Antonio MRT-7 stations, new entry and exit points have been opened today. 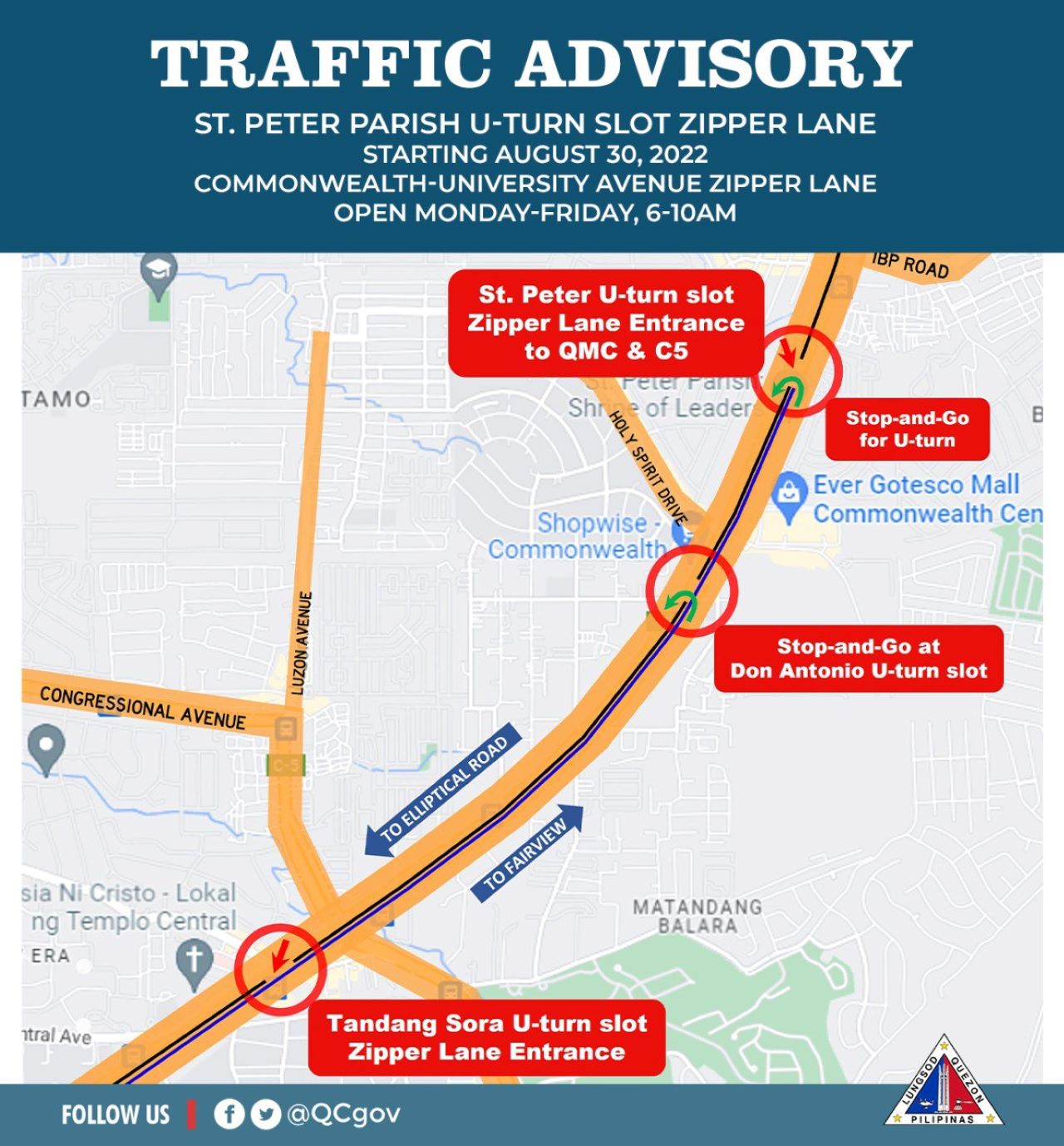 For some time now, the u-turn slot in front of St. Peter Cathedral was used for just that, u-turns. Starting today, a stop-and-go scheme has been implemented for those making a u-turn, and now for those who would want to use it as an entry point into the zipper lane. The same goes for the Don Antonio slot; it has also been reconfigured as a new zipper entry while it will still be used as a u-turn slot as well. Previously the Zipper Lane entry was only via the Tandang Sora u-turn slot so now a total of 3 entry points are already available. 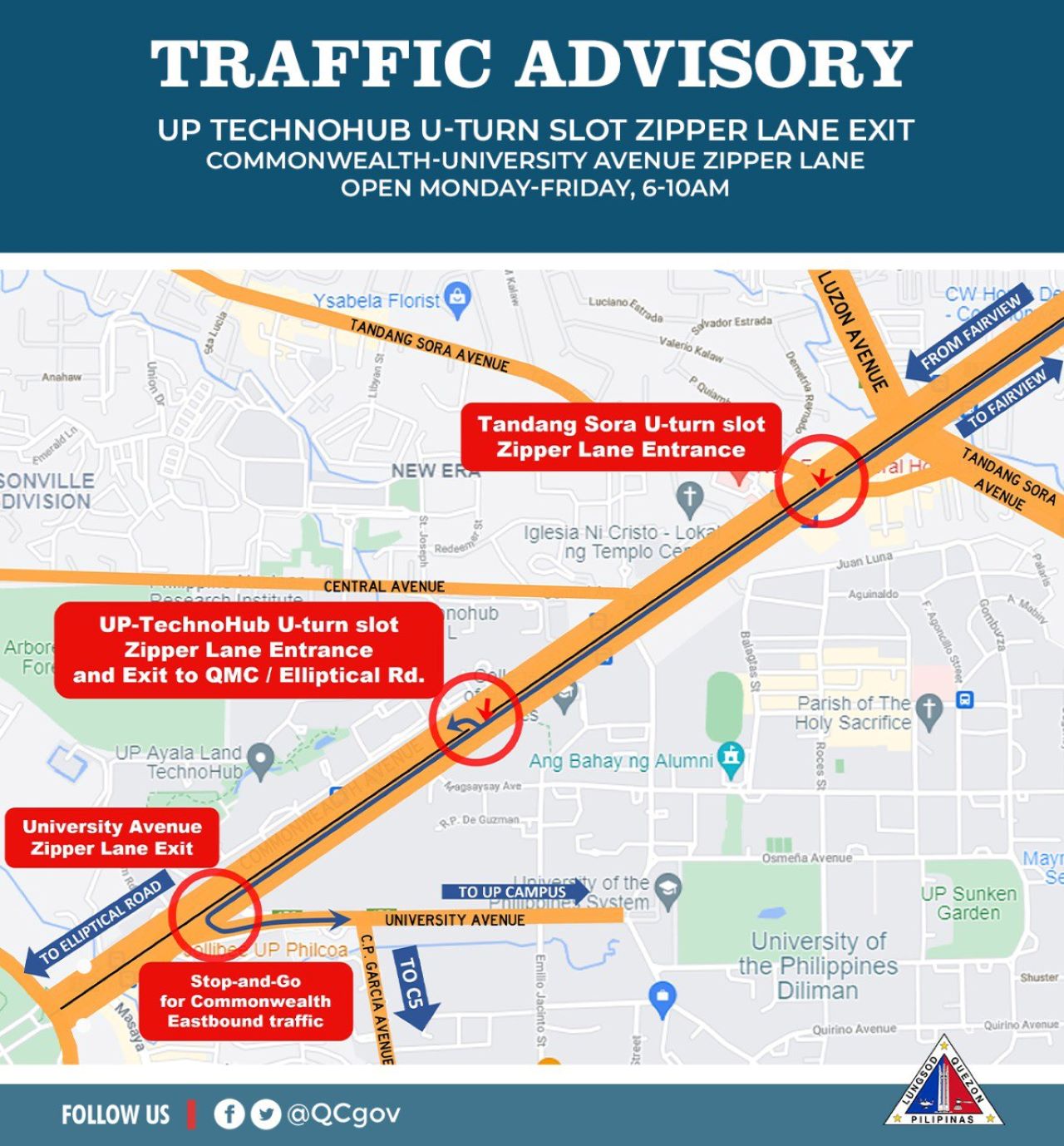 Prior to today, the only entry point will lead to the sole exit point as well, which is at the University Avenue junction where vehicles can only make a left-hand u-turn into UP. Basically, those using the zipper lane will only be able to exit at UP and have no way to get back to the Quezon City Circle-bound lanes. That has just been addressed with the new scheme implemented today.

For those who need to bypass the Circle-bound traffic and need to get back to Elliptical Road, a new Zipper Lane exit point has been added at the UP-Technohub u-turn slot. As usual, a stop-and-go scheme will be implemented but this is already in effect. The only adjustment needed is for those who wish to go back to the southbound/Elliptical Road-bound lanes via the newly-opened exit.

Just to remind everyone, the Commonwealth Zipper lane and the assigned entry and exit points will be open from 6:00 AM – 10:00 AM, Monday to Friday.

The Quezon City LGU and the MMDA have come to the conclusion that these new slots will help alleviate the flow of traffic after the first week of School Year 2022-2023’s opening. A lot of photos and rants and posts about the deplorable situation along Commonwealth have surfaced since then, and at least we can see that both the City and MMDA are trying to stay on top of things. Let’s hope it will work, and if it doesn’t, that adjustments will be made until we get to a winning formula.