Recent global events have put live racing on hold. Everyone in the automotive industry and the racing world were left helpless. In a stroke of genius, Toyota Motor Philippines brought racing closer to the masses. And they did it with the Toyota GR GT Cup. If you had a Sony PlayStation and a GT Sport game, you were in luck and were (well, still are) eligible to join.

This year’s outing will be the virtual race series’ third season. Being online, it’s basically an e-sports driving tournament joined by the fastest Gran Turismo players in the country. All the drivers are pitted head to head as they all vie for a shot at representing the Philippines in the Asia Regional Round of the tourney. 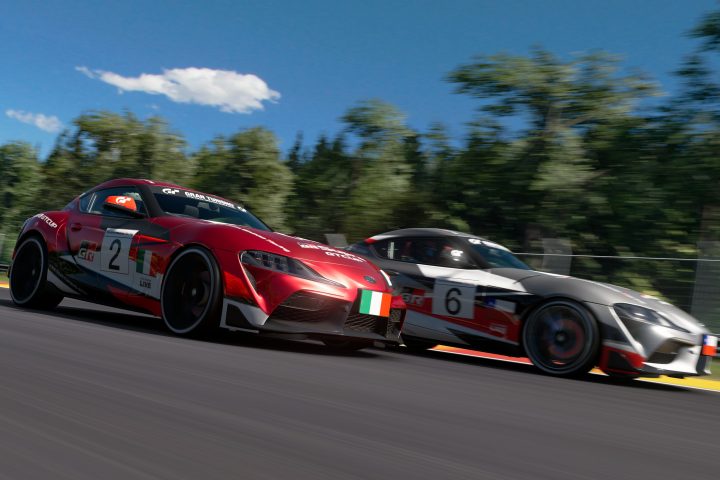 With its new season comes something of a controversy, though. In a surprising move, Toyota Motor Philippines (TMP) announced that previous champions in the Toyota GR GT Cup are no longer eligible to join. This new ruling did not sit well with some of the past champs, of course. But TMP stated one single reason for this rule change, and that’s to be able to give others a chance to rise up the ranks. Valid, right? We agree with you here, TMP.

Back to the champs, they did cause a stir online from commenting on official and spectators’ posts to posting on their own respective social media accounts about how they disagree and dislike not being able to join and “defend their crown(s)”. Much to their chagrin, the ruling stands as of this publishing. After all, the Toyota GR GT Cup is all about finding talent, not limiting it.

This year’s series will not be using the latest GT installment, Gran Turismo 7, though. Citing a few glitches and technical issues, TMP opted to stick with the old reliable GT Sport game, at least for now. Should the bugs be squashed, players will be advised if they’ll be moving to GT7. In case you’re interested, registration for the 2022 Toyota GR GT Cup is already open, and you can find out how to join on the Toyota website.  The general requirements for those who want to register are:

There are, as usual, three Race Classes: Promotional, Sporting, and Junior, each with its own online registration forms. Three rounds of racing await this year’s competitors with the first Leaderboard Recording scheduled on April 29, 2022. The second and third round Leaderboard Recordings will be on May 20 and June 17, respectively. To add to the excitement, participants will be driving a different Gazoo Racing model in every round as well as in the finals. Included are the GR Supra (Rd. 1), GR Yaris (Rd. 2), and the GR86 (Rd. 3). The car for the final race of the season is yet to be announced.

The past champions who have been barred continue to wreak havoc, but hey, they do them; it’s a free country after all. What matters here is if you think you can bag the gold yourself this year and be able to live your racer dreams. If your answer is “yes”, then go ahead and register. For sure it’s going to be very challenging, and a heck of a lot of fun.