Home - Reviews - Standing on its own; Mazda BT-50 4×2 AT – Review
ReviewsAutomotiveCars & Transportation

Throughout its existence, the Mazda BT-50 has always been in the shadows. Amongst all its pickup rivals it was treated as a second-class citizen, a sort of afterthought in a segment filled with iconic nameplates like the Hilux, Strada, and Ranger.

They weren’t the only joint venture in town though, Just like Ford and Mazda, Isuzu had a partnership with Chevrolet. That partnership gave us the DMAX, MUX, Colorado, and Trailblazer.

Times have changed though, and a few years ago Chevrolet closed its manufacturing plant in Thailand (where the Colorado and Trailblazer are built).

That left Isuzu without a “friend” in the pickup department, and around the same time, Mazda finally severed its ties with the Ford brand. These two brands then came together and started a new partnership, Mazda and Isuzu put their collective expertise together to give us the new DMAX, MUX, and most importantly a rejuvenated Mazda BT-50.

The question now is though, can the BT-50 finally make a better mark and stand on its own? 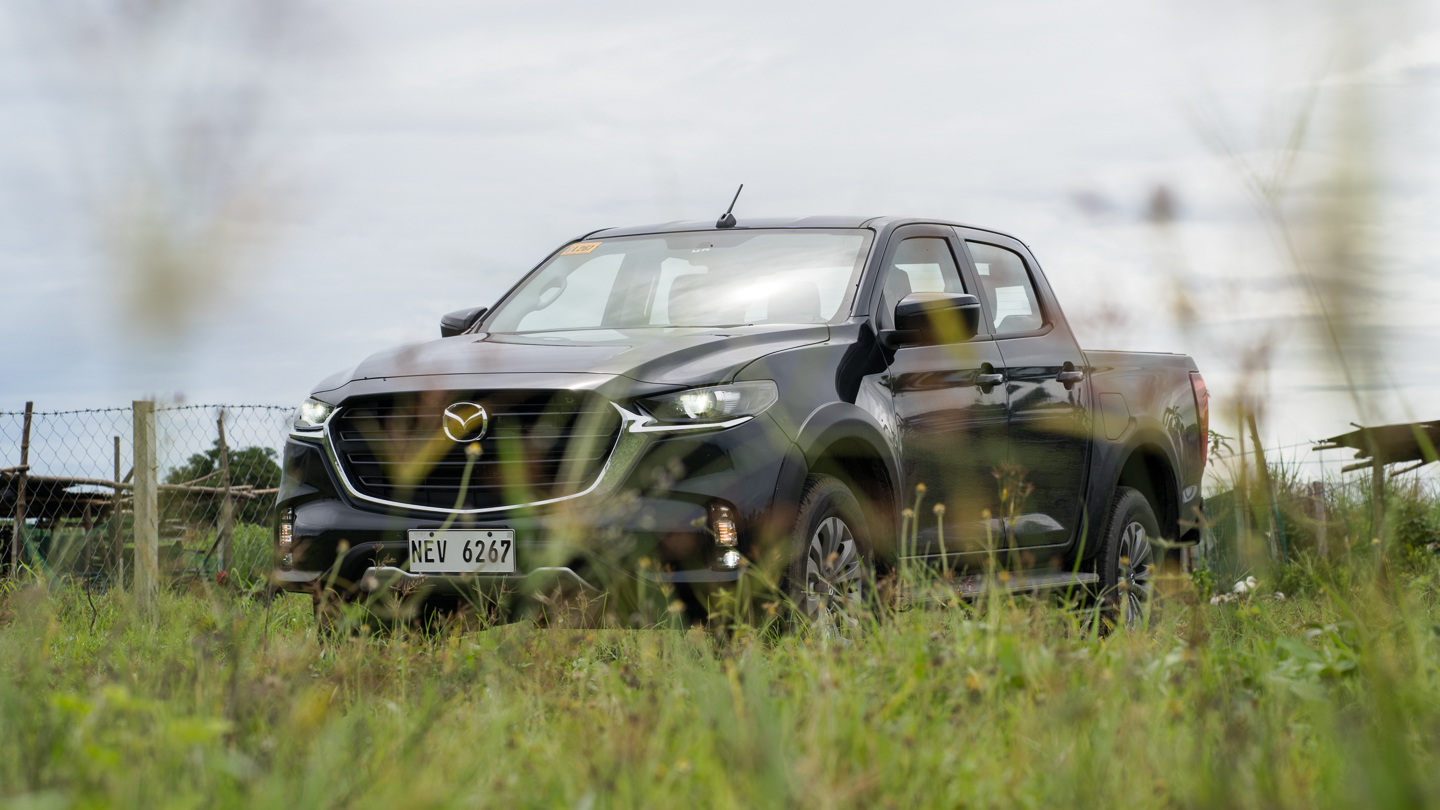 Mazda is all about its “Kodo” design, which has been featured on all its models for the past few years… except the previous generation BT-50. Now though I’m glad to report that the award-winning Mazda design has made its way to the BT-50 pickup, it no longer looks like an out-of-place adopted sibling. 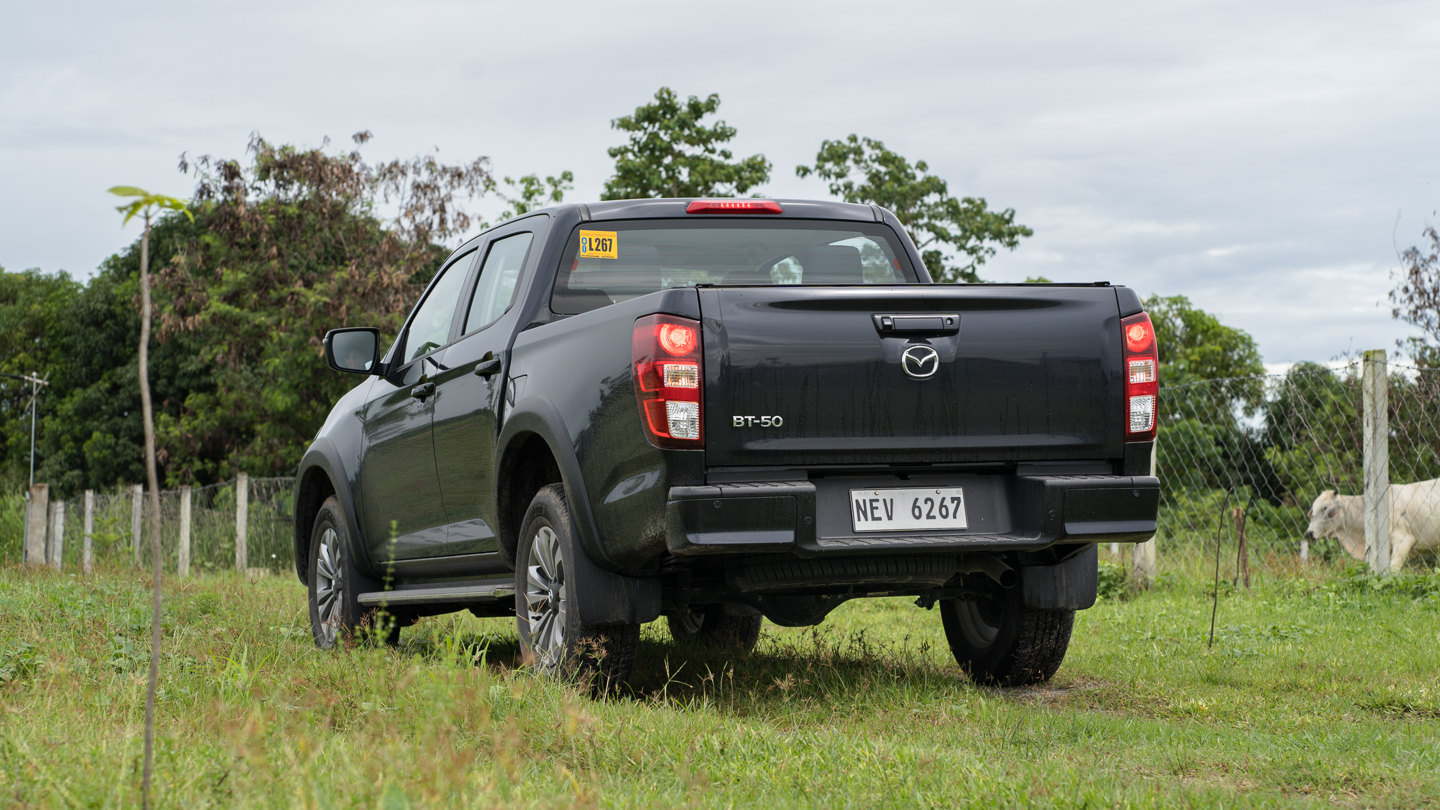 I will admit though that when I first saw the photos of the new BT-50, I wasn’t quite sure about its looks. It seemed like the Kodo design was forced onto a pickup body.

In the flesh, It works and I have to say it works really well. We’re used to seeing pickups with blocky and muscular designs, while the BT-50 still looks muscular the Kodo design adds class and flair to the overall look. This is where the Mazda influence is most apparent, without even being an expert you know that Isuzu let Mazda have its way with the interior. 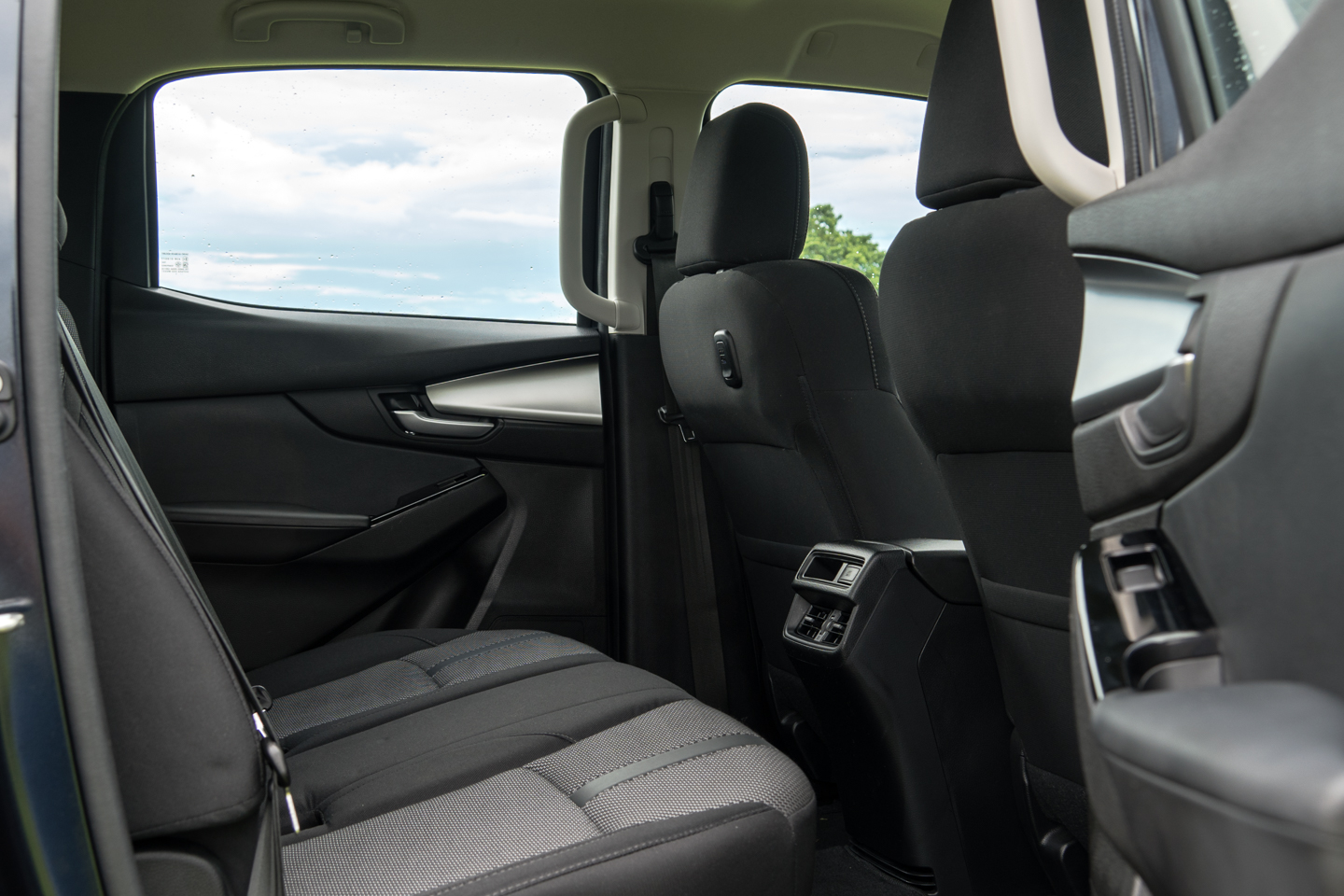 The interior is classy but functional, the smattering of soft-touch materials gives enough sense of luxury without taking away the utilitarian nature of a true pickup. I also like how the piano black materials were kept at a minimum, to lessen the chance of scratching up certain panels. It must also be said that Mazda fixed the ergonomics of the interior, everything is straightforward and accessible. All the relevant buttons and features are easy to find and reach. 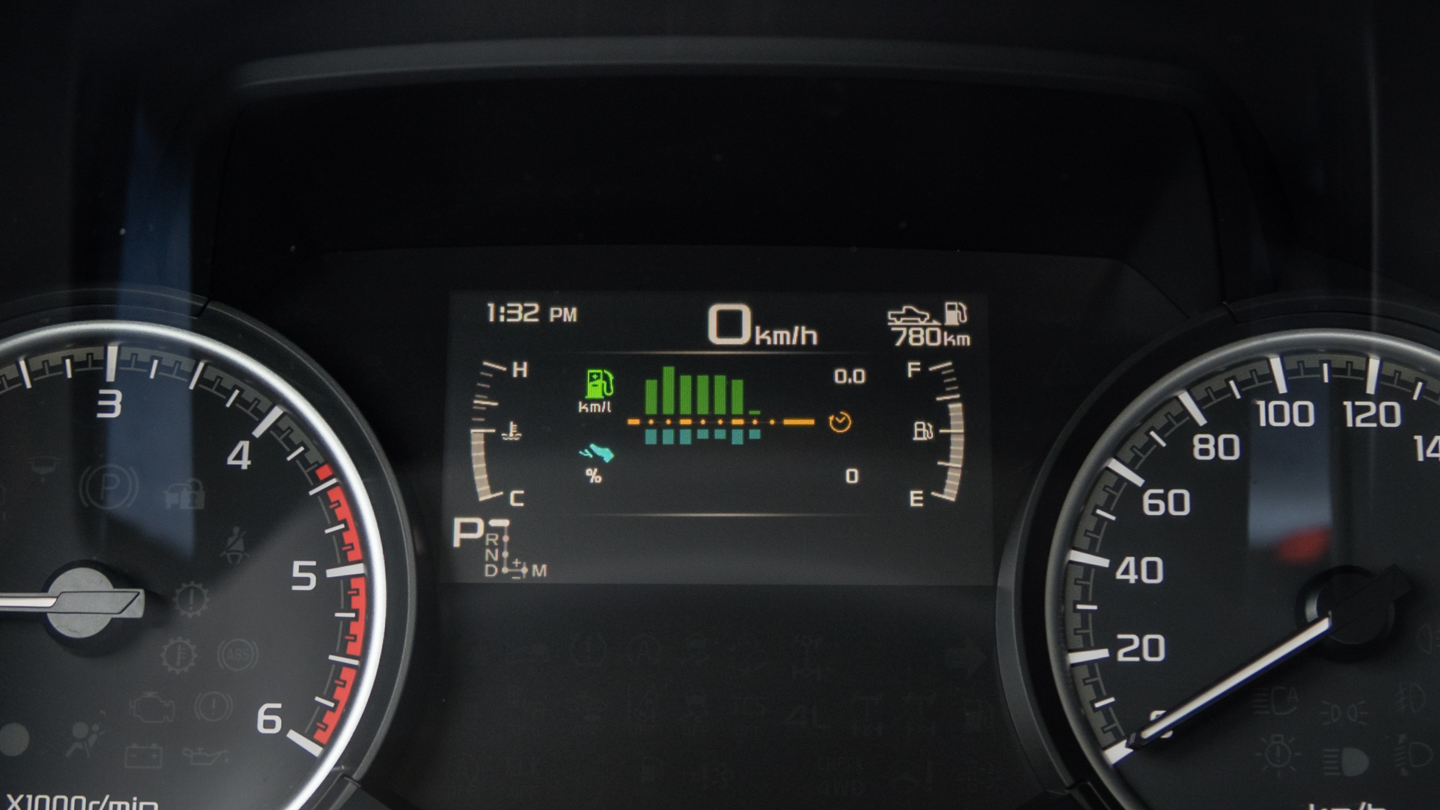 In terms of features, you get 2 analog gauges that flank a small digital display screen that houses your vehicle information. The infotainment system is a 7-inch LCD display that has Android Auto and wireless Apple CarPlay. 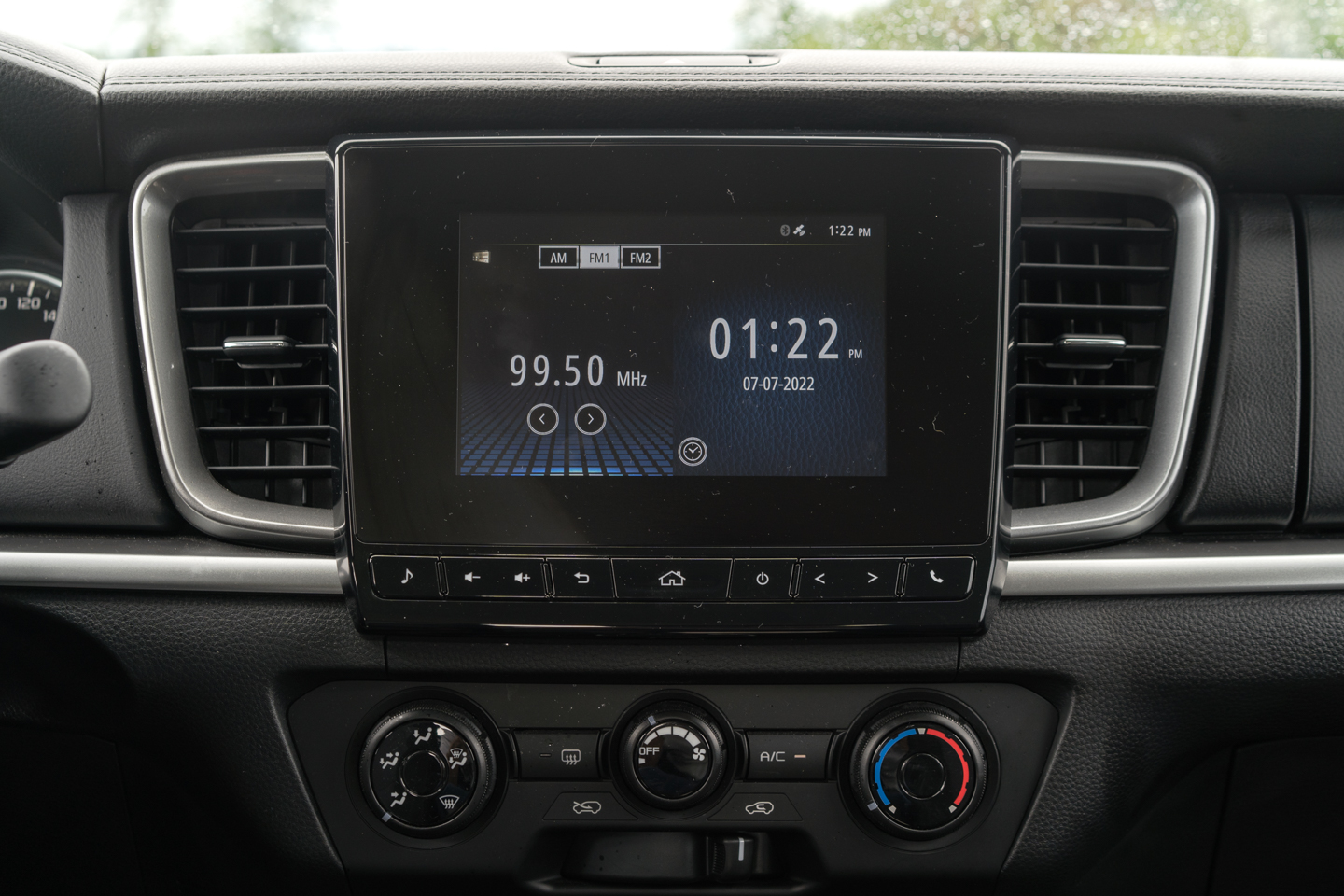 Overall the interior of the Mazda BT-50 4×2 AT blends luxury and functionality really well. I wouldn’t mind using this not just as a comfortable personal vehicle, but I’d be confident that the interior can take the beating as a workhorse as well.

See also  Ford EcoSport 2019: The Almost-Perfect Crossover for the Philippines 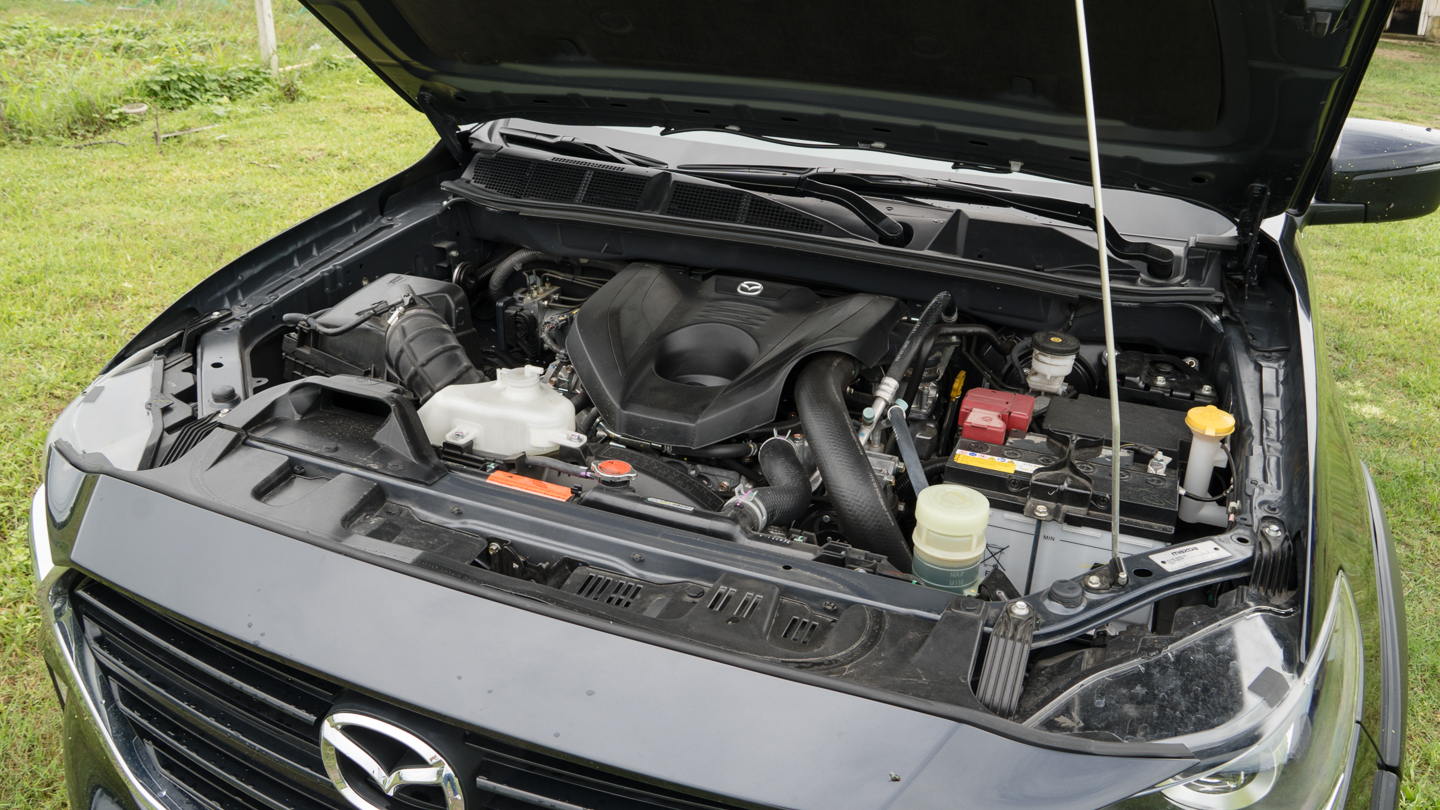 In terms of the powertrain, Isuzu has taken over this department. Under the hood of the Mazda BT-50 is a 3.0-liter turbo diesel engine that puts out 190 PS and 450 Nm of torque. The power is sent to the rear wheels via a 6-speed automatic transmission. In the city, the Mazda BT-50 feels big. I mean that compared not only to other vehicles but to other pickups as well, the BT-50 feels wide even on roads like EDSA.

Care is needed maneuvering the BT-50 in the city, but what I do like is the commanding seating position. I felt really high up while driving, allowing me to see out of the vehicle really well, which really helped me navigate the BT-50 around tighter streets. 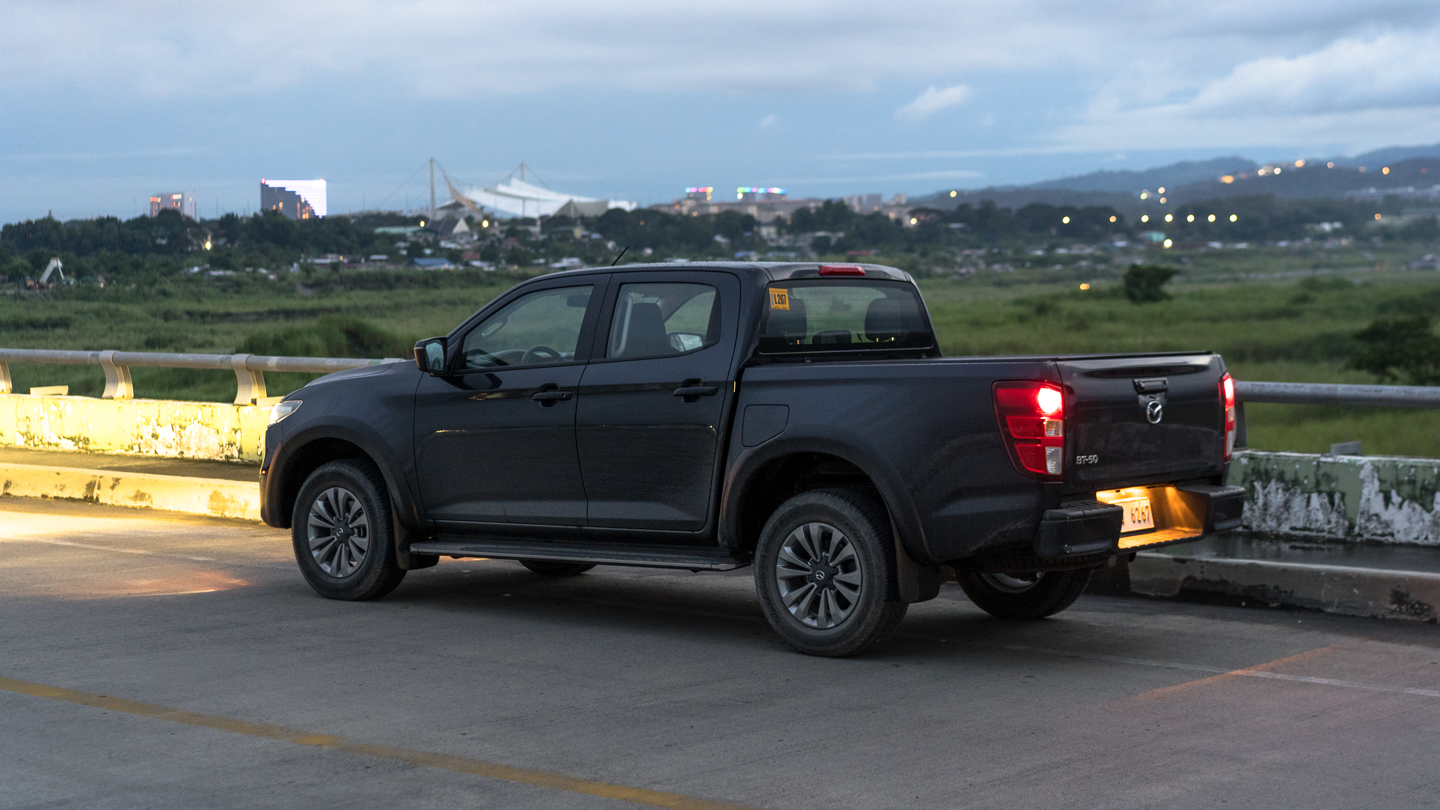 What I did like about driving the BT-50 though was how “strong” it felt. Yes, strong not powerful, I wasn’t judging the engine based on how fast it could go because it’s a pickup truck. What I did try out was how easily it was able to pull itself up inclines and from a standstill, at no point did I feel like the BT-50 was straining itself.

On the highway, the BT-50 felt solid, this is where it proved that it can be a workhorse and comfortable daily driver. The steering was weighted but gave me confidence, while the sizeable power and torque allowed me to keep up and overtake when needed. NVH levels were also surprisingly good, at highway speeds I couldn’t really hear the outside world.

On our way to the shooting location, the heavens opened and a heavy downpour of rain decided to present itself. Other vehicles slowed down, I on the other hand pushed on with confidence that no matter the conditions the BT-50 could make it. And it did. No vehicle is perfect and I do have some points where Mazda could improve the BT-50. First is the ride, while it does soak up bumps well enough, it tends to be bouncy also on certain road surfaces.

It would have also been nice if the steering was lighter, the BT-50’s heavy steering was a struggle to use when parking. I found myself straining and admittedly groaning while parking. lastly, the infotainment screen while capable looks and feels like a “budget” product.

Lastly, the fuel economy wasn’t as stellar as I thought it would be. In the city, I was doing 8.5 Km/l, and on the highway around 10 Km/l, what does offset this though is the huge fuel tank. When I picked up the test unit It did show me a 785 kilometer range at full tank. Also, it does finally stand on its own. Despite its “relationship” with its Isuzu siblings, the Mazda BT-50 presents itself as a slightly more refined and unique option for those who want to stand out.

Overall though, the partnership between Mazda and Isuzu has done wonders for both brands. Mazda brings refinement and ergonomics, while Isuzu brings reliability and dependability.

It’s finally time to take the Mazda BT-50 seriously, anybody who does won’t regret it.

Here is the rerouting scheme for the upcoming SONA on July 25, 2022