Pioneering and keeping up with the times: Mitsubishi Outlander PHEV – Feature

It’s time to face reality, fuel prices are high and will probably continue to rise. However much that reality has impacted our lives, its most immediate effect is how we transport ourselves around.

More and more individuals are now as fuel-conscious than ever, which in turn has (finally) put the focus on more fuel and environmentally-friendly vehicles such as Hybrids and EVs.

We thought it would be a good idea to highlight that these types of vehicles deserve to be top-of-mind rather than novelty options. To do so we borrowed a vehicle that’s sort of a pioneer in the segment, something bold but at the same time practical, The Mitsubishi Outlander PHEV. Before we get into anything else, it would be best to first discuss the Plug-in Hybrid Vehicle (PHEV) technology found in the Mitsubishi Outlander.

The Outlander is a Plug-in Hybrid which means that the battery can be charged either by the gasoline engine (like a normal hybrid) or by plugging it into a socket (like an EV). It also has an all-wheel-drive system and has twin technologically advanced electric drive motors mounted on the front and rear axle.  It also means the car has a smoother drive, there’s no ‘shift shock’ when changing gear and it’s virtually silent. According to Mitsubishi, the Outlander is the world’s first Plug-in Hybrid EV SUV. It since then has gone on to become the top-selling plug-in hybrid in Europe. We were very keen to find out why. 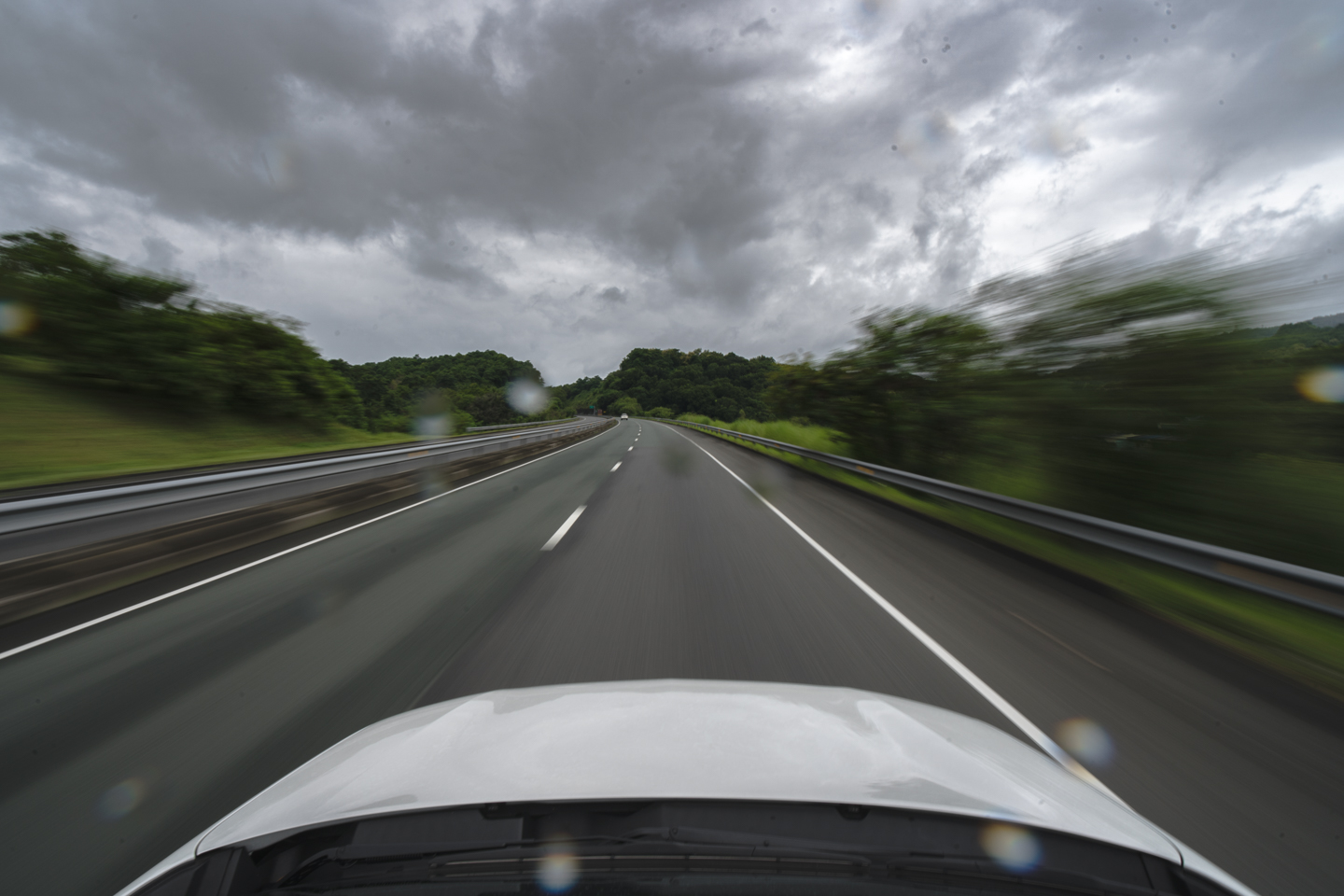 The website claims that the Mitsubishi Outlander has a range of 55 kilometers in full EV mode (with a full charge), but in reality, it’s more like 46 kilometers. This is because a whole host of factors come into play when it comes to ‘true’ range, like the weather, outside temperature, and surprisingly the use of air conditioning. We found out that if you opt to use the car as a mobile sauna, it bumps up your pure EV range by around 8-9 kilometers more. 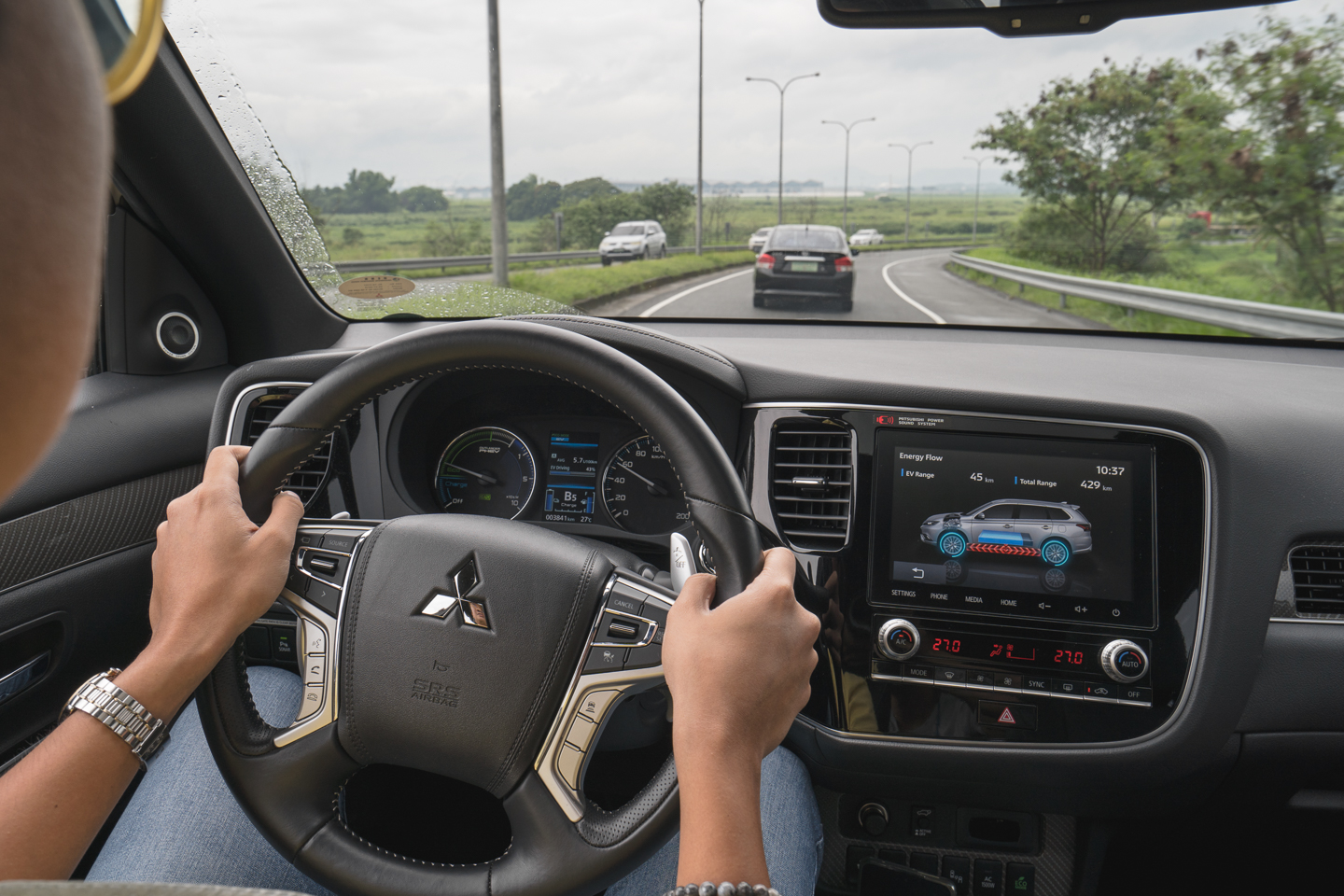 We decided to put the Mitsubishi Outlander in as many real-world scenarios as possible, and in the city I have to say that it performs as you’d expect. It’s quiet and very comfortable, even with the engine on the Outlander’s powertrain barely registers any decibels.

I have to say as well that despite being one of the first PHEVs, the Mitsubishi Outlander’s powertrain combination is top quality, and the responsiveness brought about by the immediate torque from the electric motors makes driving such a breeze. At the slightest touch of the gas pedal, it comes to life immediately. Of course, no test would be complete without a highway run, so we wanted to test the true EV range on the highway. To do so we first put it on charge mode, and let the gasoline engine recharge the battery from Balintawak all the way to SCTEX. Once the battery was full, we blipped it to full EV mode and see how far we could get.

To be fair to both car and consumer, the lowest speed I could drive was 60 kph (minimum highway speed). I also used the regenerative braking feature, which turns the energy wasted during braking into an additional charge for the battery. Driving as normally as I could, the Mitsubishi Outlander was able to do about the real 46 kilometers on pure EV. It must be pointed out that if you drive faster (around 100-110 kph) the battery would deplete faster. 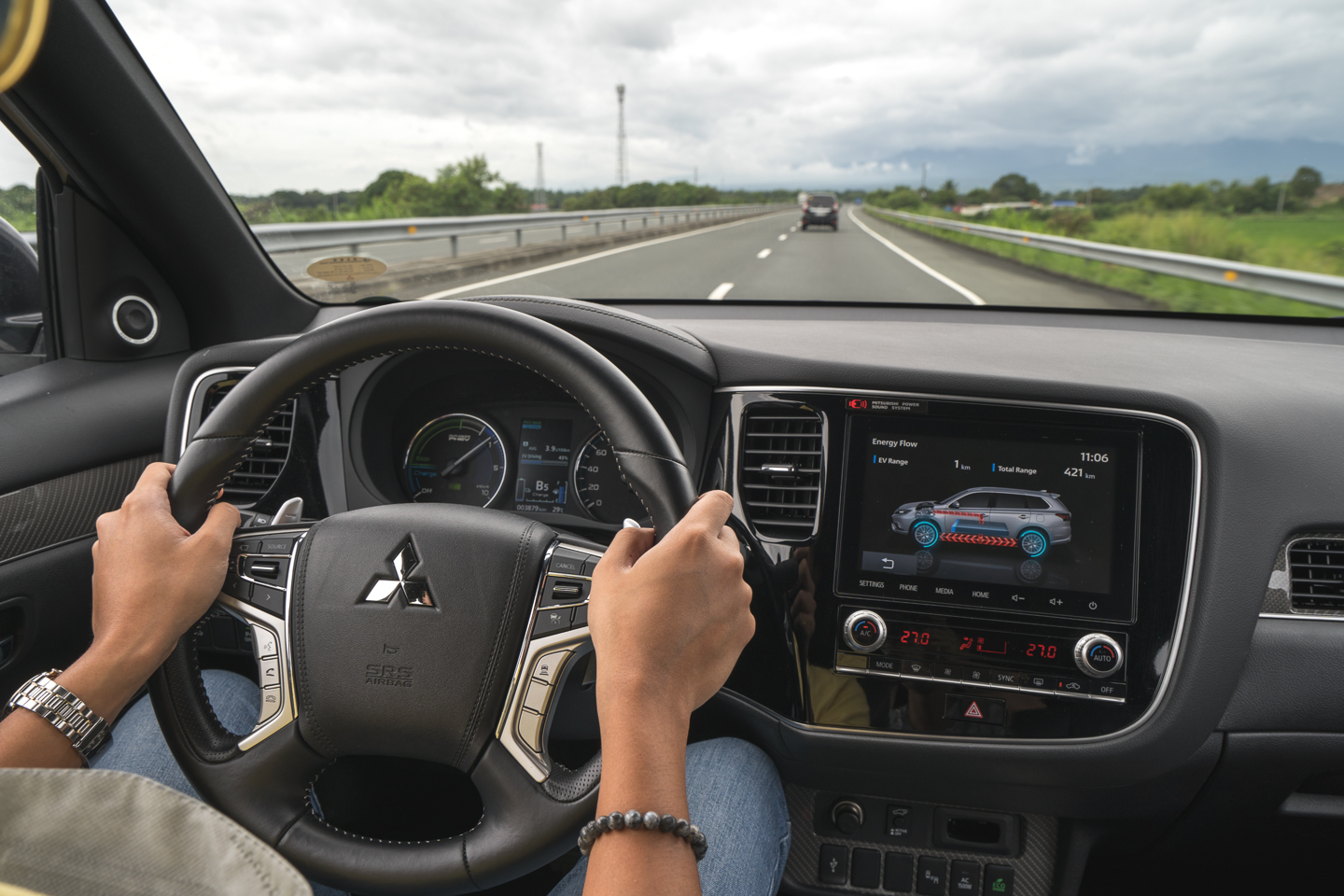 However, we wanted to test if we could hit (or get close to) the claimed 55-kilometer range. So after spending the afternoon in Subic, we decided to recharge the battery again from Tipo until Clark, then see if we could make it from Angeles until Manila. Tough ask, but the results are quite surprising.

In the evening during cooler conditions, we were able to make the Outlander do 62 kilometers on full EV mode. This was surprising considering I drove faster and less eco-friendly. What we had proven was that the conditions really affect the full EV range of the vehicle, nonetheless because of the EV mode we were able to average 25.6 km/l on the highway. At one point, (despite the 45-liter tank) the Outlander’s fuel range kept going up from 290 km to a peak of 421 km. That’s a lot of fuel saving. 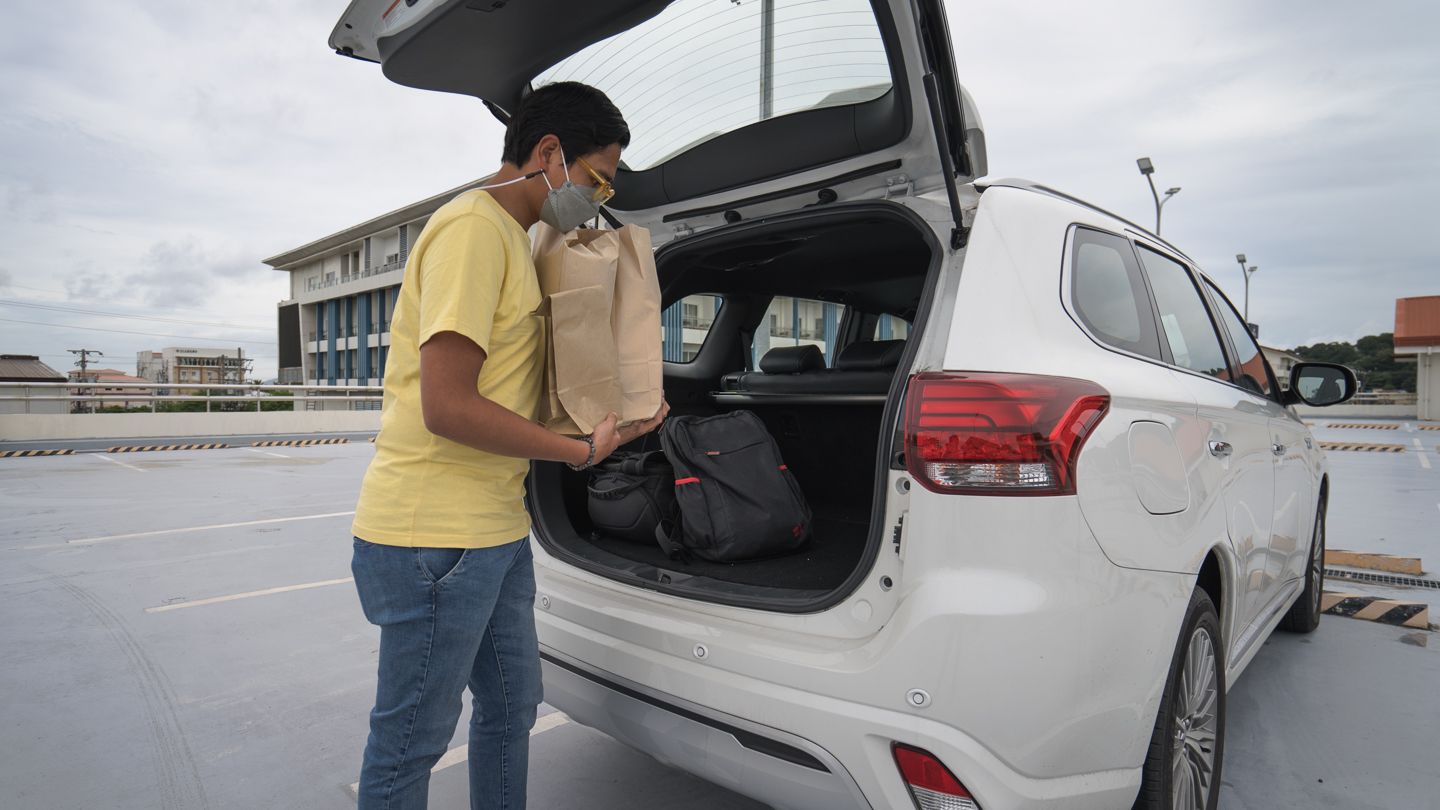 The Mitsubishi Outlander also has a well-appointed interior, leather, and various soft-touch plastics give the impression of “premiumness”, and the lack of tacky faux wood gives the whole interior a modern but also minimalist look. 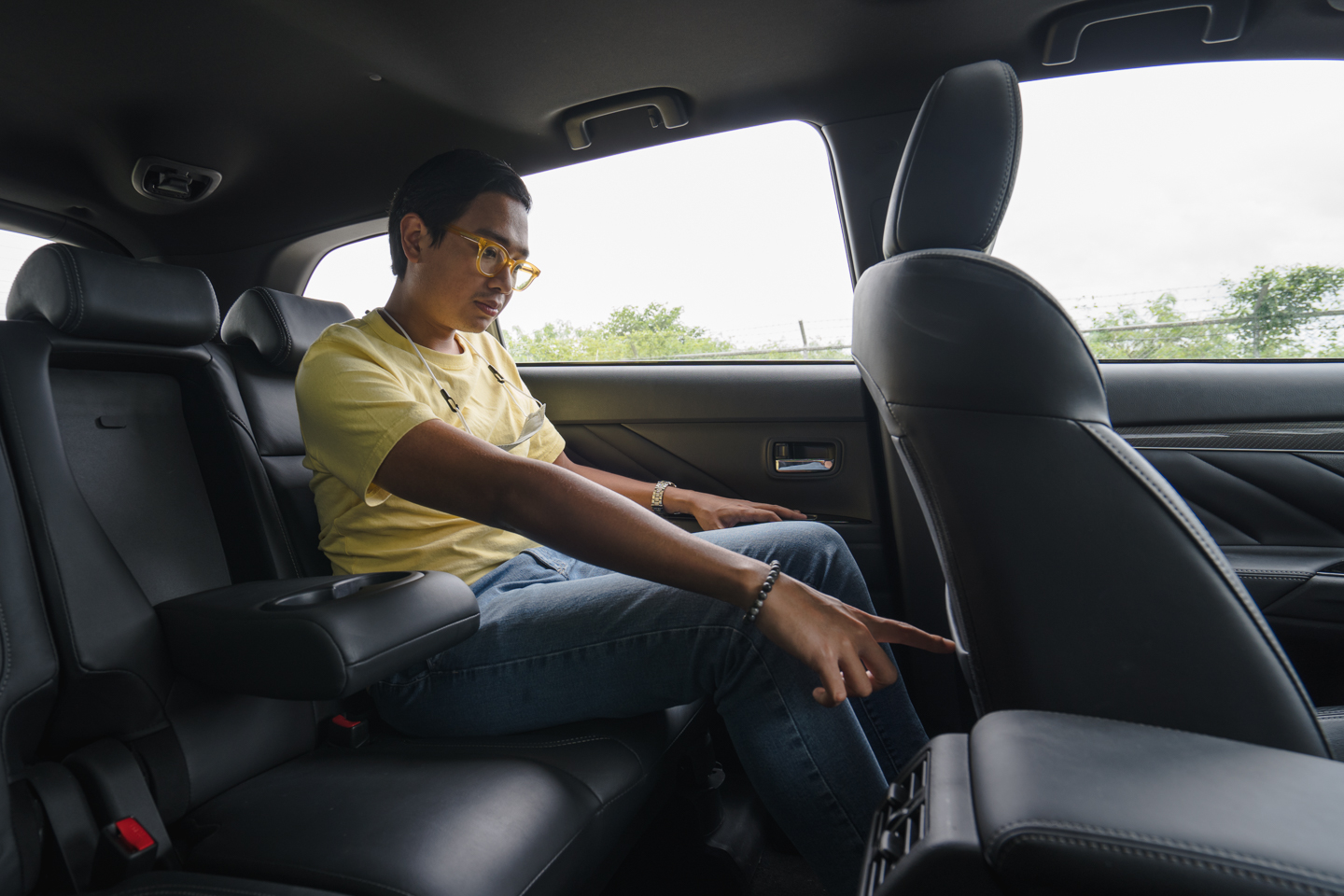 Its size is also very much real, the Mitsubishi Outlander is a true SUV. Despite the plethora of batteries and powertrains it also remains a full SUV in terms of space, headroom, and legroom for all passengers are more than ample while the luggage space is better than some newer and non-PHEV hybrids on sale today. 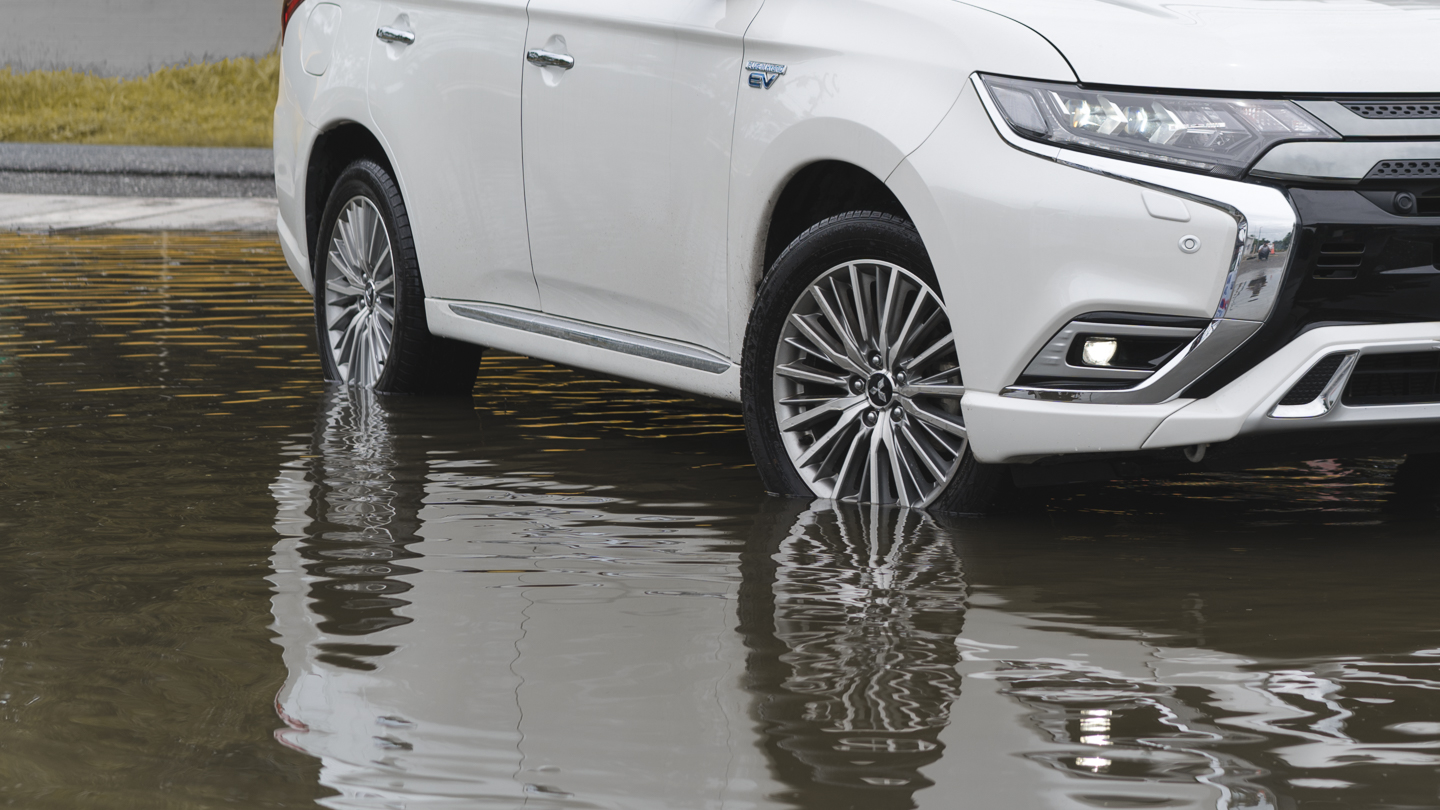 So what’s the point?

We set out to prove that PHEVs and EVs can now be true top-of-mind options for car buyers. By thoroughly testing the (pioneering) technology, we have proven our claim with a few niggles that need sorting out. 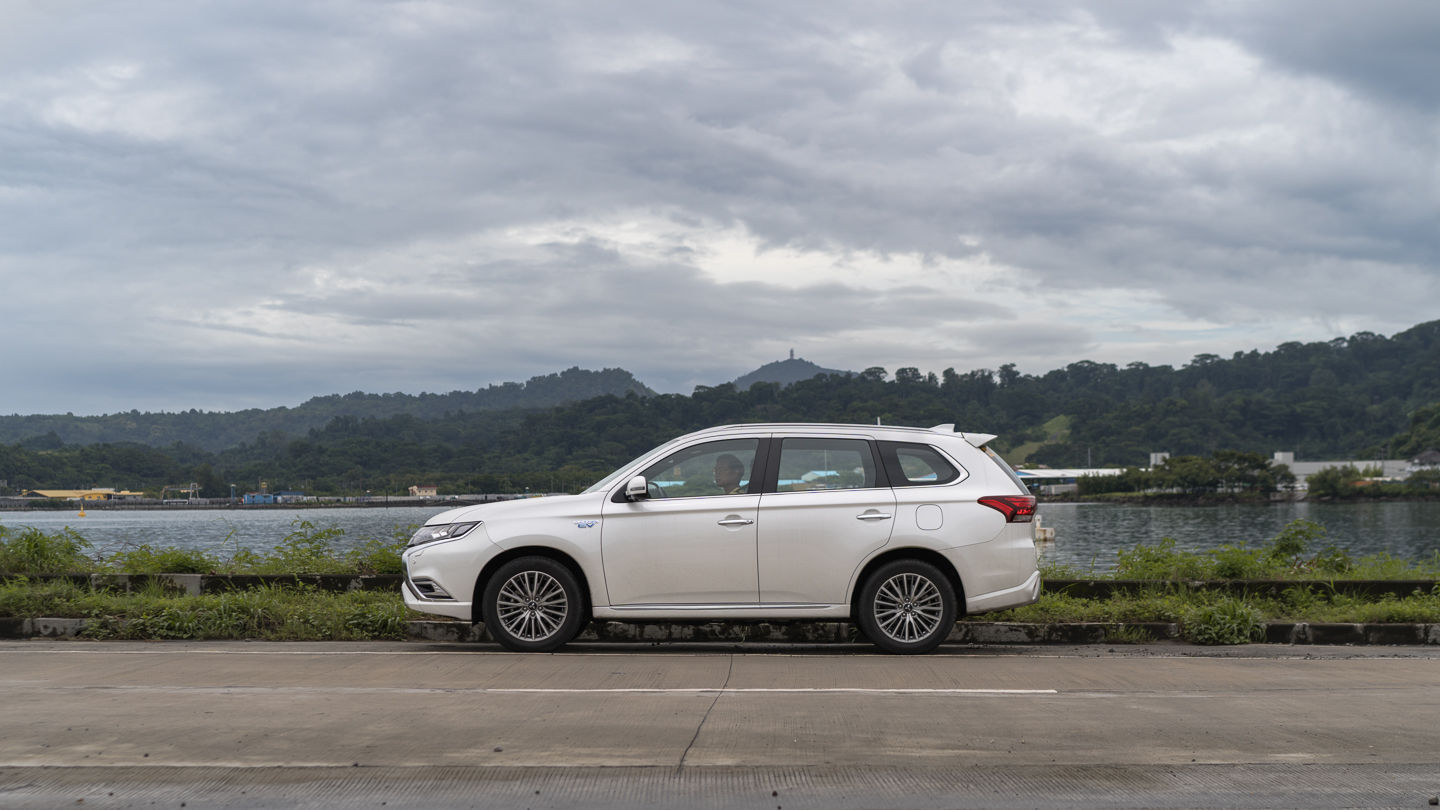 Yes the Mitsubishi Outlander’s PHEV capabilities can and will save you money on fuel, but because of the lack of tax breaks and incentives, the Outlander is very expensive at the deep end of PHP 2.9 Million. The same can be said for other cars in its classification, other countries make it easier and more affordable for consumers to buy hybrids and EVs, which needs to happen here. 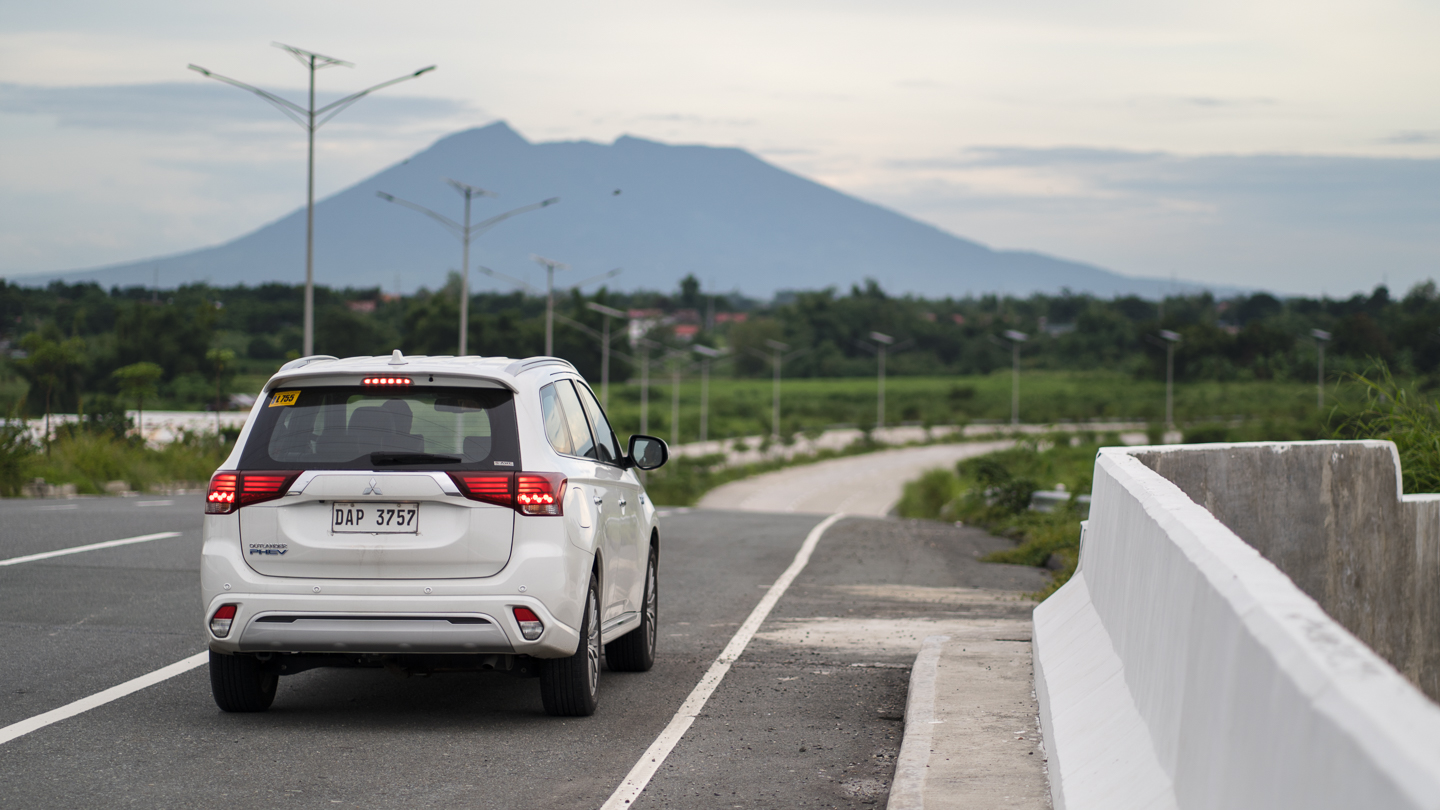 Furthermore, charging stations need to be increased and more accessible. While the Outlander does come with its own charging cable, it’s quite hard to use it because the plug is different. So finding a place to plug it into is nearly impossible and quite a hassle at that. To really sum it all up though, The technology of hybrids and EVs have come a long long way, and continue to evolve as fast as mobile phone technology. 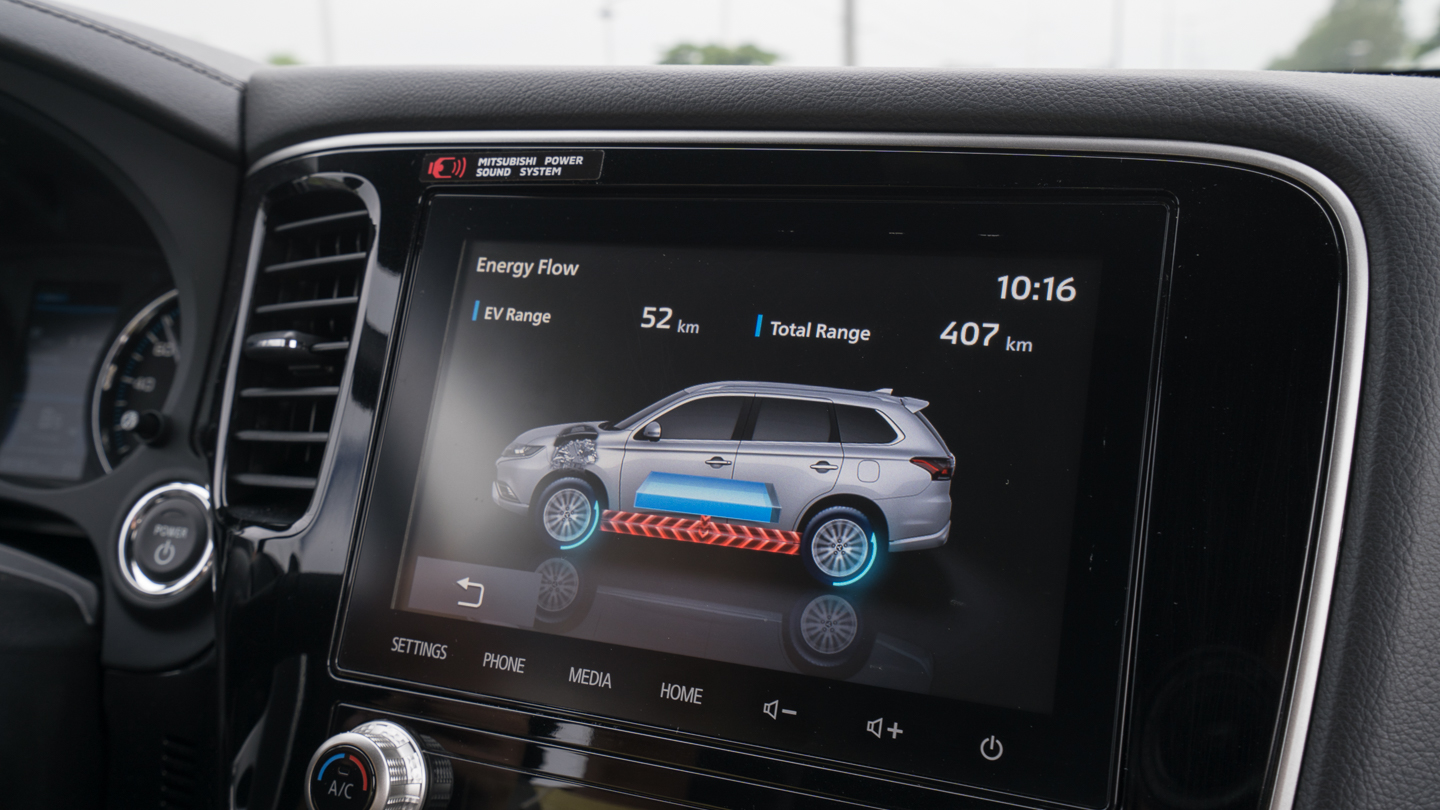 The Mitsubishi Outlander is a perfect example of the technology almost perfected because it presented no real pitfalls and compromises. It may come at a time when nobody cared about what it can do, but it has stayed and still is very much relevant to this very day.