Depending on where you are, the long-lasting effects of the pandemic may have different effects. For the automotive industry, many are still reeling, though. Toyota Japan announced yesterday that operations in some of their production plants will be suspended from different days in May to June.

Toyota Japan feeling the effects of the parts shortage Originally, Toyota’s production plan for June was approximately 850,000 units, with 250,000 units in Japan and 600,000 units overseas. Given the continued problems posed by the shortage of semiconductors, the brand has adjusted its production numbers accordingly – by tens of thousands of units globally from the number they gave to their suppliers at the start of 2022.

On average, the global production from June to August is, indeed, 850,000 units. That makes up around 8.7% of Toyota Japan’s fiscal year production target of 9.7 million units. Primarily, the semiconductor shortage has become the bane of automotive production, but there are other factors as well that Toyota says make it difficult to look and plan ahead. They are, however, committed to exerting every effort to deliver as many vehicles to (waiting) customers as they can. 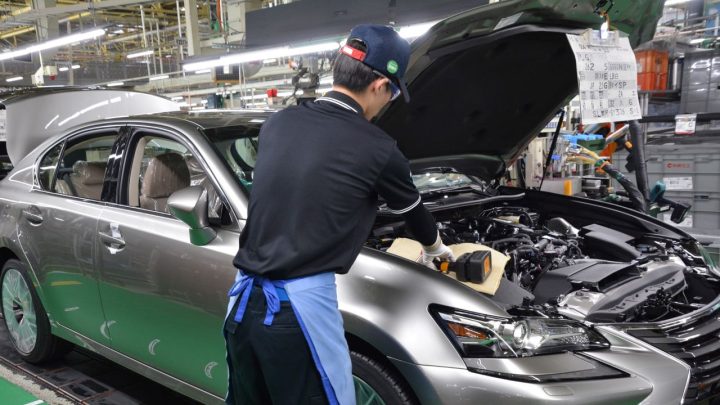 A total of 16 production lines in 10 manufacturing plants (Toyota has 28 lines and 14 plants in total) will be affected. The most significant of which for the Philippines, though, are the Motomachi, Tahara, Inabe, and Yoshiwara plants. Why so?

Motomachi and Tahara are major lines for producing the GR Yaris, Land Cruiser (300 and Prado), plus different Lexus models such as the IS, LS, RC, RC F, and NX.

Inabe and Yoshiwara are significant given their production of suspension parts and shells for models like the HiAce, Alphard, Land Cruiser 70, and the Lexus LM and LX.

Toyota Japan realizes that this is a problem and is very apologetic for the current predicament. The lockdown in Shanghai, China, and the repeated adjustments in their production plans have definitely caused inconvenience to the company, their customers, suppliers, and everyone concerned with the brand.

But then again it’s not really Toyota‘s fault; no one is to blame. Among other reasons like earthquakes or hacking incidents, mainly it’s a pandemic, after all. The best we can all do is wait a bit longer, sit tight, and hope that as bad as it’s gotten, it won’t get any worse anymore.